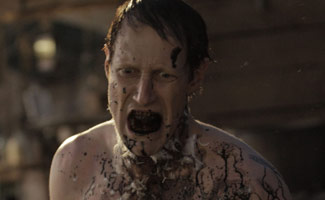 This week, TV.com re-lives the Hell on Wheels season finale while Hollywood.com shares a video from the episode and Cinema Blend discusses Christopher Heyerdahl’s tendency towards dark characters. Read on for more news.

• TV.com says of Anson Mount’s character: “He’s like Clint Eastwood and Steve McQueen wrapped up together in a Southern cigarillo.”

• Hollywood.com features a clip of Hell on Wheels Season Finale‘s most talked about scene: The Swede’s tarring-and-feathering.

• Cinema Blend references Christopher Heyerdahl‘s turn as The Swede in an article announcing his upcoming role on True Blood.

• TV Goodness says of Hell on Wheels‘ characters: “We’re very excited about what’s going on with Lily and Cullen.”

• Stuff We Like says Hell on Wheels‘ use of historical fact “helps make the situations and the world the characters inhabit all the more fascinating.”

• Gather.com and Zap2It recap the Hell on Wheels season finale.