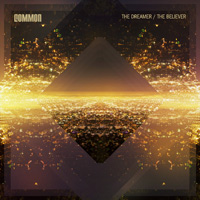 AMC and Warner Bros. Records announce a first look at the world premiere of Common‘s new music video “Celebrate,” Sun., Dec. 18 on AMC during the 10PM ET showing of Hell on Wheels. The video will be shown in its entirety on AMCtv.com immediately following the program.

As a Grammy Award-winning musician, literary author, community activist, inspirational leader and star of the critically acclaimed network’s newest hit series, Common feels that, “Certain art, certain music has a universal tone to it, and that’s what I believe we created. ‘Celebrate’ makes me think of having a good time with people you love and enjoy.”

Common has spent his career pushing boundaries and taking listeners out of their comfort zones with his socially conscious words. Common has become one of hip-hop’s most poetic and respected lyricists earning two Grammy Awards and several nominations. His highly anticipated ninth album, The Dreamer, The Believer, will be released by Warner Bros. Records on Dec. 20, 2011.

Hell on Wheels airs Sundays at 10/9c on AMC.