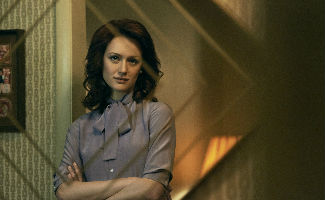 This week, Under the Radar ranks Halt and Catch Fire one of TV’s best shows, while Junkee advises catching up on Halt for its two “fantastic and different” female characters. Plus, Broadcast reports that Amazon has struck a deal to screen Halt on Amazon Prime. Read on for more:

• Broadcast reports that Amazon has struck a deal to show Halt and Catch Fire on its Prime Instant Video service.

• Stereogum‘s list of last year’s 20 best soundtracks includes Halt and Catch Fire, which is “set in the early ’80s, so it uses early-’80s music.”

• Entertainment Weekly has a first look at Lee Pace’s upcoming appearance on Fox’s The Mindy Project.

• CarterMatt appreciates that a future episode of the CW’s Supernatural is titled “Halt and Catch Fire,” even though “we’re sure that this is probably not an episode about Lee Pace and a 1980s computer company.”