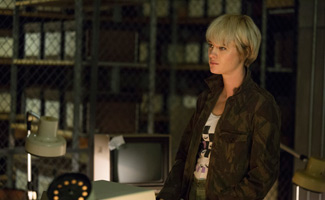 This week, Mackenzie Davis talks about Cameron with the New York Daily News, while Rolling Stone examines tech-geek nostalgia. Plus, a Halt and Catch Fire cast member is tapped to play Frozen‘s Kristoff. Read on for more:

• Mackenzie Davis tells the New York Daily News that Cameron’s not only about attitude: “She’s so not just that rebel without a cause. She has a larger sensibility. She wants to make a difference.”

• Rolling Stone cites Halt and Catch Fire as an example of “tech-geek nostalgia,” which “seems to be in the air.”

• TVLine reports that Scott Michael Foster (Hunt Whitmarsh) has been cast as Frozen‘s Kristoff in Season 4 of ABC’s Once Upon a Time.