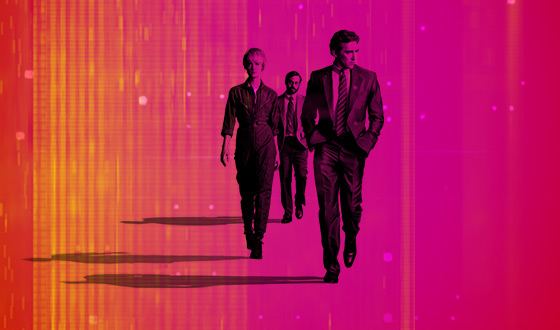 AMC’s new original series Halt and Catch Fire debuts this Sunday, June 1 at 10/9c on AMC. Want to delve into the series before it begins? Here are ten ways to get ready:

2. Check out four sneak peek photos from the series premiere.

3. Take a look at a video interview with stars Lee Pace (Joe MacMillan), Scoot McNairy (Gordon Clarke) and Mackenzie Davis (Cameron Howe), then watch some Halt and Catch Fire trailers to get a feel for the series.

5. See what happens when modern-day kids are asked to interact with computers from the Halt and Catch Fire era with this all-new video from the Fine Brothers.

7. Check out a gallery of character portraits from Halt and Catch Fire.

8. Join the Halt and Catch Fire Members Only Club for exclusive access to the latest news, videos, interviews with the cast, and the chance to participate in monthly prize drawings.

Halt and Catch Fire premieres this Sunday, June 1 at 10/9c on AMC.