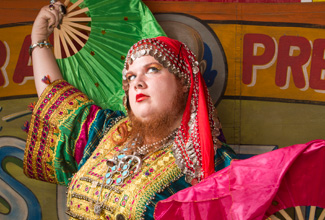 Jessa the Bearded Lady chats about being the newest addition to the Venice Beach Freakshow and her love of reptiles.

Q: This season you’re a full-time performer at the Freakshow. How has it been fitting in with the Freakshow family?

A: It was like coming home. Todd and Danielle are great people.

Q: The Bearded Lady has a rich history in sideshow lore. Have you learned a lot about the legacy during your time at the Freakshow?

Q: Is your facial hair a genetic or hereditary condition?

A: There is no precedent in my family for it. Genetically or otherwise.

Q: When did you begin growing facial hair? 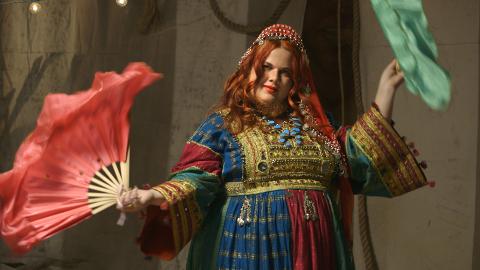 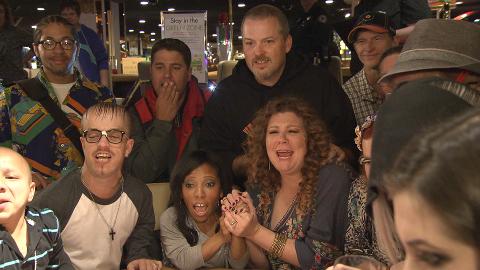 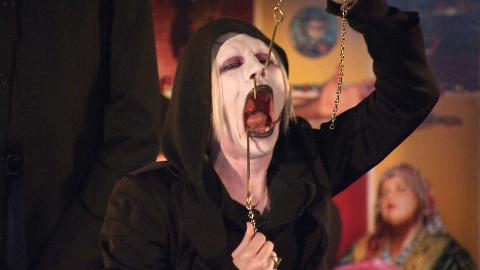 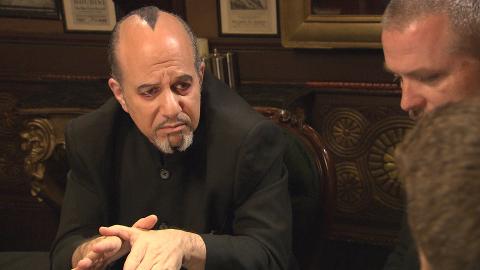 Q: How did you feel when you started growing facial hair?

A: You’re a kid, you’re going into junior high and you’ve got a full beard…I definitely didn’t embrace it at first. It freaked me out, it freaked my folks out. We tried everything to get rid of it. I had to adhere to male standards of grooming and shave my beard twice a day because it would grow just that fast.

Q: At what point did you embrace it?

A: Well, it certainly wasn’t in high school. I started letting it grow after an event I did. They told me, “Why are you worried about what people think? You’ve got great potential here. You’ve got the history to back it up. Why don’t you do something with it? “I was thinking, “Y’all are nuts.” But, what the heck, I’ll let it grow.

Q: Prior to the Freakshow you lived in Vegas. Did you work as a performer there as well?

A: I was a street performer for a couple years while the beard started to grow. I worked with reptiles on the street and became interested in them. Being from Texas, I was used to messing with snakes, spiders, that sort of thing. Natural kid curiosity. I got to indulge that as an adult. Eventually they banned animals on the [Las Vegas] Strip, so I could no longer introduce my wonderful beasties to the world. But I still study and love them — I still have one of my [snake] rescues.

Q: What kind of snake?

A: He’s a royal python. They’re called a ball python because when they get freaked out, they ball up. He’s three-and-a-half feet.

Q: Would you want to do an act or stunt with snakes in the Freakshow?

A: Stunt, no. It’s not safe for the snake. Act, sure. I love to work with them. I love to have them hang off me. I love how they react to the little things you can teach them. People don’t realize that you can actually train reptiles. Certain sounds, certain motions, they may not hear it like we do, but they get the vibrations. They can know their names by the vibration [of the words].

Q: What kind of reactions would you get from people on the Strip in Vegas? Did they want to touch your snakes?

A: Yeah. There’s something terrifying and also enthralling about the snake. I think it stems from the religious issues. The whole Garden of Eden thing. If we can get people past their fears, it not only helps them, it helps the snake [to be comfortable].

Q: Anything you’re looking forward to for this season and beyond?

A: Being able to reach out and touch folks and let them know, hey, whatever is weird or odd or strange or whatever you think makes you a freak, celebrate it. Everyone has their beard. Wear it well.