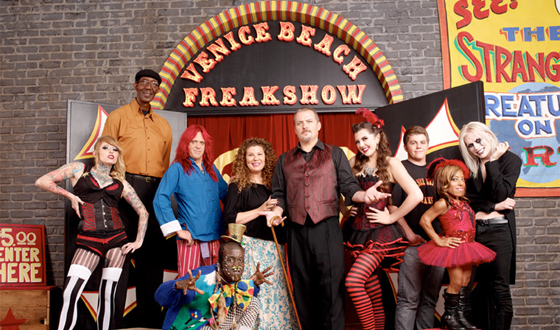 If you’re a Freakshow superfan, you likely already know that you can get all of the latest news and information about the show if you follow Freakshow on Twitter at @FreakshowAMC. But did you know that you can also go behind the scenes at the Venice Beach Freakshow by following members of the cast? Amazing Ali, Asia Ray, Brianna Belladonna, Morgue, Phoenix Ray, and Todd Ray are all on Twitter. Check out the following directory of handles for the Freakshow cast, along with a few of their more memorable Tweets:

A big thanks to everyone who tuned in to watch Freakshow on AMC tonight….your support means everything xoxo!!!!

My moneymaker(aka staple gun)almost didn’t make it past airport security!!! Thank goodness I had my honey maker on hand 😉

Who wants to help me organize all the Strange and Unusual things in my house?? This place is the Real Freakshow!!!! I’m running out of room!

The regurgitation act is one of the most dangerous stunts I do, I’ve gone to the ER because of it…. so let’s add a sword!