Jason Mewes, a.k.a. Silent Bob’s partner in crime, Jay, talks about his relationship with Kevin Smith and how Jay and Silent Bob would fair on The Walking Dead and Breaking Bad.

Q: How often do you hang out at the Stash?

A: Every time I go back [to New Jersey], I go to the Stash, at least a few times. I have a couple of nieces and nephews, and they like to go by and get comics and check out the store and stuff.  There’s a really cool arcade right down the street from the Stash, with a ton of old stand up video games, and they also have like five TVs with an Xbox and PS 3. I’ll bring my nieces and nephews to the Stash, and we’ll hang out, and check out comics and action figures and then we’ll walk down to the arcade.

Q: You’ve worked with Kevin for 20 years. How has your creative partnership changed?

A: Now, it’s nice, Kevin comes up with ideas and will ask my opinion, or I’ll tell him my ideas and we’ll have a back and forth. I feel like the first ten years — I was younger in the beginning with Clerks and Mallrats, and for Dogma… I was a mess, so I would say in the first ten years, it was more about him being like, ‘Hey, you gotta be on the straight and narrow if you want to do this movie, and get your act together.’ Now, I feel he actually asks my opinion on stuff. For example, he gave me the Jay and Silent Bob’s Super Groovy Cartoon Movie script and told me to go do something with it. It used to be more like a younger brother and an older brother, to where I feel like now it’s more of a partnership. It’s been really nice, and a big change.

Q: How do you think Jay and Silent Bob would fare on some other AMC shows like The Walking Dead?

A: I’m a big fan of The Walking Dead. I can’t really see the Jay and Bob characters on the show, but would they survive? Yes. I could definitely see them in a Breaking Bad — like it’s years later, and they are running their own little program, competing with the fellas. But they could make it in The Walking Dead, make some MacGyver sh*t, traps and stuff. 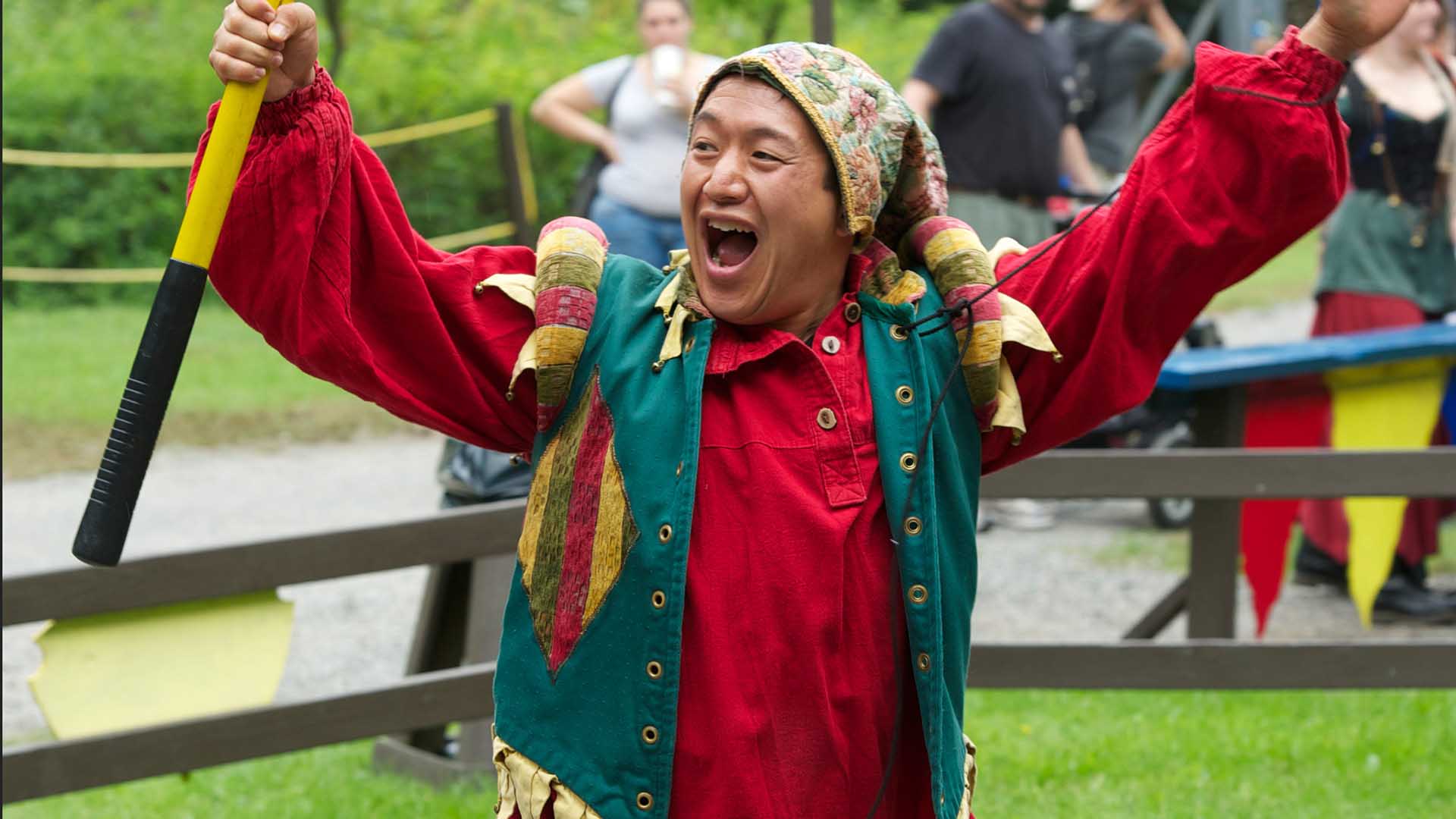 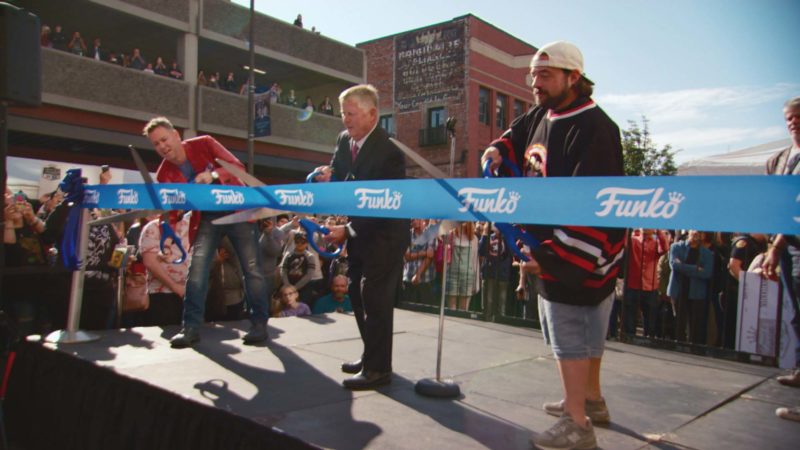 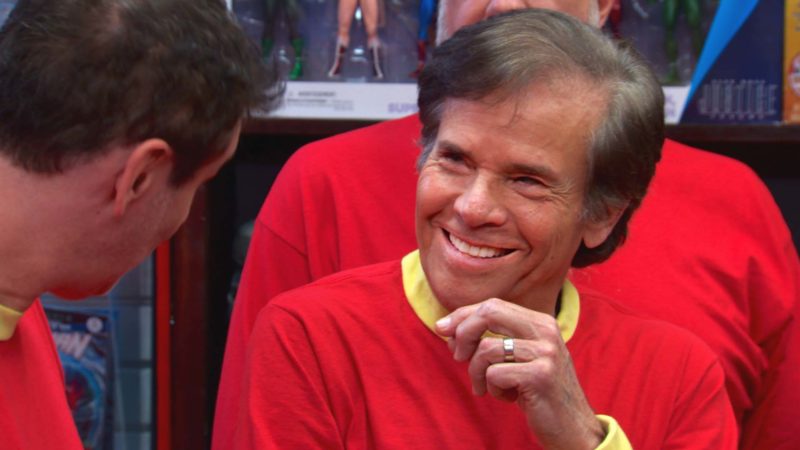 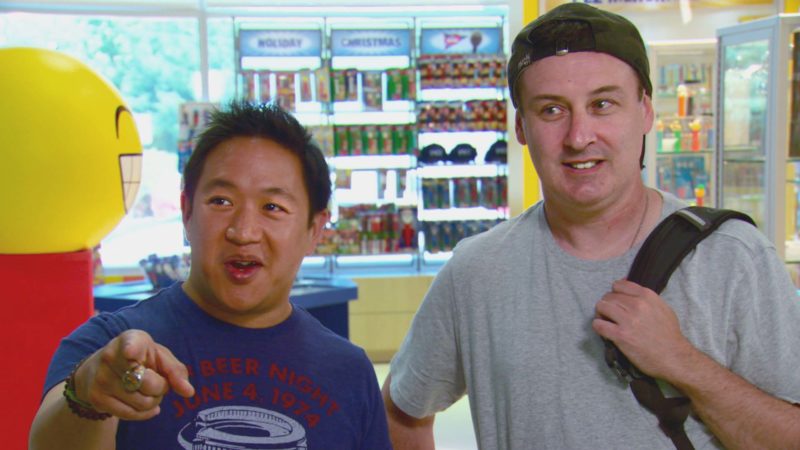 The Comic Book Men take a trip to the PEZ Visitor Center to discover the value of a mysterious PEZ dispenser.

Q: Comic Book Men deals heavily with nerd culture. Are you nerdy about anything?

A: There are a ton of things: for one, RC cars, these little gas-powered cars. There’s a park down the street from my house with a huge parking lot and there’s a big park up there with dirt and grass. They go like 45, 50 miles per hour. I have like six of them. I build them. They’re awesome. I just got done building a buggy that you can take off road. And TV shows, I watch too many TV shows! There are a few shows I nerd out on and find myself running around the house, pretending to shoot guns. Like 24, for example. Every time I watch it, I can’t help but run around with an air pistol and pretend I’m Jack Bauer.

Q: You’ve recently gotten more involved as a director. What projects are you working on?

A: I’ve been working on this short called Details that I’m going to be directing. I start shooting soon in LA. It’s about a father telling a story to his son about how he met his mother, then there are these flashbacks and there are some twists in it. I’ve directed before; a music video for this band The Artist Life… But this will be my first short, and then hopefully after that, I’ll get to direct a full feature.

Q: The guys call you “Hurricane Mewes.” Do you have any other nicknames?

A: When I was younger, and I lived in Jersey, I used to be called Shoobie. They still make fun of me. We used to have a bridge and I was a fool and I did something that wasn’t too smart. I went up and spray-painted on the side, “Shoobie.” And it was funny because I started getting all excited, I told Kevin and all the guys, like, ‘Hey look, watch when you drive by the bridge and see what it says.’ Probably about three or four months later, it said [“gives head,”] underneath. But that’s gone now. But there’s really no other nicknames these days besides Mewes.