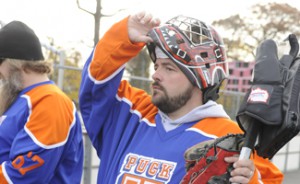 This week, AMC’s head honchos speak with TheWrap about Comic Book Men‘s fans, while a Kevin Smith biopic is getting the crowdsourcing treatment. Plus, Smith will be at the Sun Valley Film Festival. Read on for more:

• AMC’s Charlie Collier and Joel Stillerman chat with TheWrap about Comic Book Men as “a show that’s engendered a lot of passion” and has “touched a nerve with a lot of people out there, especially in the creative community.”

• According to /film, two Kevin Smith fans have turned to crowdsourcing to fund a biopic of the director, a project that Smith endorses.

• Boise Weekly reports that Kevin Smith will appear at next month’s Sun Valley Film Festival for a 20th anniversary screening of Clerks.