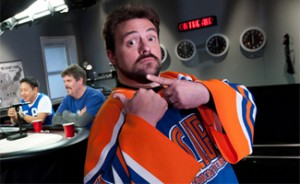 • The stars of Comic Book Men chat with the Asbury Park (N.J.) Press about comics in general and their show in particular.

• Walt Flanagan teases to Nerd Bastards that Comic Book Men will feature a “lot of guest stars this season, a lot of moments for the comic book men to meet and geek out over their heroes from childhood.”

• For recaps and reviews of the Season 3 premiere, check out ComicBook.com and ScienceFiction.com.