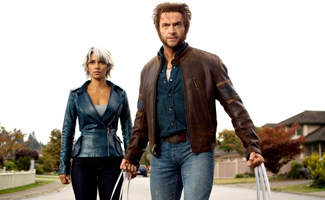 During the Comic Book Men Season 2 Finale, “Giant-Sized Anniversary,” Walt opens a copy of Giant-Sized X-Men #1 that he won in an online auction and makes an exciting discovery: The book is autographed by legendary illustrator David Cockrum. He later flips the issue for a sizeable profit. “Everything you know about the X-Men today stems from the Giant-Sized annual,” notes Kevin. Storm is one of several characters who were first introduced in Giant-Sized X-Men #1, and the issue also includes the first appearance of Wolverine in an X-Men comic. Wolverine and Storm are now two of the most popular characters from the X-Men universe. Which X-Men character do you like most? Vote now.