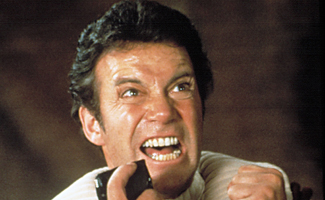 During Comic Book Men Season 2 Episode 12, “Con Men,” Walt purchases a limited edition 12″ Star Trek II: The Wrath of Khan Admiral Kirk figure signed by William Shatner. The purchase leads to a discussion of the best Star Trek movies — and Walt’s shocking revelation that he’s not a fan of the franchise. Michael, on the other hand, is a proud Trekkie, and names The Wrath of Khan as his favorite Star Trek film. Now it’s your turn to decide: