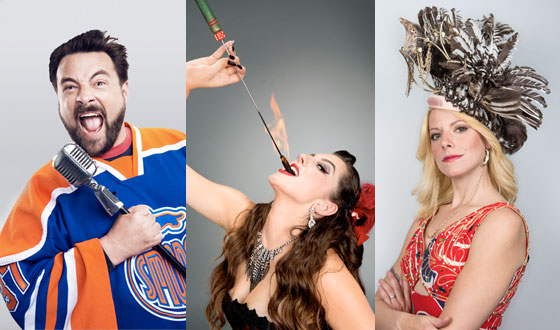 AMC Real Original Thursdays debuts on Thu., Feb. 14, with the return of Comic Book Men at 9/8c followed by the series premieres of Freakshow at 9:30/8:30c and Immortalized at 10/9c. Looking for ways to keep yourself busy until then? Here are ten suggestions:

3. Read an interview with Comic Book Men‘s Kevin Smith with questions from the fans

4. Watch the “What is Freakshow? video to learn more about the series

5. View photos of extreme taxidermy from inside AMC’s Immortal Love Pop-up Experience featuring works by the stars of Immortalized

6. Vote for your top Marvel hero, favorite Stan Lee character and more via one of eight polls for Comic Book Men

7. Get to know the cast of Freakshow with ten Freakshow cast profile videos