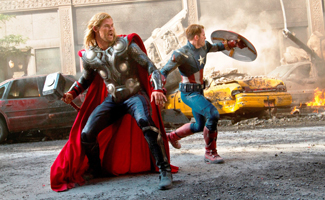 During Season 2, Episode 6 of Comic Book Men, “The Running Dead,” Mike asks Walt what he thinks is the best superhero accessory. Walt’s first response is Captain America’s shield, and Mike counters with both Green Lantern’s ring and Spider-Man’s web-shooters. After further consideration, Walt also suggests Batgirl’s purple motorcycle, noting, “I think I could ride Batgirl’s motorcycle and still be badass.” Now it’s your turn to decide…