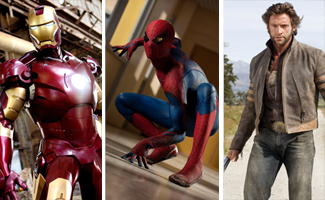 During Season 2, Episode 4 of Comic Book Men, “Ming in Charge,” Ming negotiates the purchase of two key Marvel Comics issues for the Stash: Daredevil #1 and Iron Man #1. Later, on the podcast, Walt asks the rest of the guys if they considered Iron Man to be one of Marvel’s top ten characters prior to the release of the first Iron Man movie. Kevin Smith answers in the affirmative, calling Iron Man “one of the pillars of the Marvel universe,” but acknowledges that the Iron Man movie, its sequel, and The Avengers have drawn attention to Tony Stark like never before. Is Iron Man your favorite Marvel hero? Or perhaps you prefer Spider-Man, Hulk or Wolverine? Vote now.