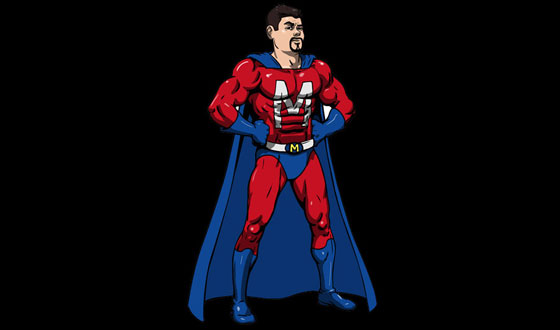 Clark Kent (Superman), Bruce Wayne (Batman) and Peter Parker (Spider-Man) all have superhero alter egos. But did you know that the members of the Comic Book Men cast do too? Check out a gallery of images featuring Kevin Smith, Walt Flanagan, Michael Zapcic (above), Bryan Johnson, and Ming Chen re-imagined as comic book characters.