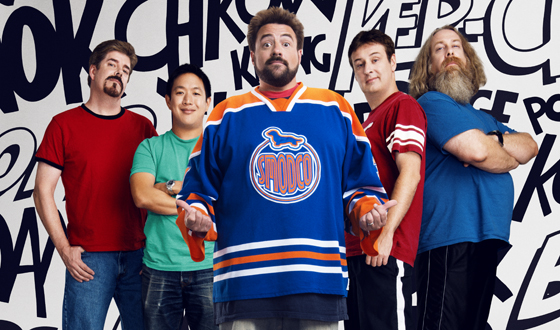 Comic Book Men fans: Are you aware that the boys of the Secret Stash often provide a behind the scenes look at the show via Twitter? Kevin Smith and Ming Chen have both live tweeted episodes, Bryan Johnson and Walt Flanagan share a Twitter account, and Michael Zapcic is on Twitter too. Check out the following directory of Comic Book Men cast Twitter handles, along with a few of their more memorable tweets:

Walt’s laugh is like getting a Bronski from God. Hearing it weekly on @comicbookmenamc makes me so happy. #CBM

How can anyone listen to “I sell comics”?

Hey folks…what did you think of the Latest episode of Comic Book Men? For an in=depth look at the Merch on the… fb.me/27hHJ4wCK

Walt Flanagan is ageless – find some old photos of him and compare them. He ages better than Nick Cage