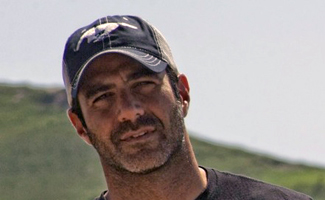 Brian Nashel, the executive producer of AMC’s Comic Book Men, talks about working with Kevin Smith, bonding with the cast over their shared Jersey roots, and earning a hard-won chuckle from Walt Flanagan.

Q: Kevin Smith has done a fair amount of producing himself. Did that make your job any easier?

A: Working with somebody who’s a producer and director is a lot easier because we speak the same language. We’re both editors, as well. I’ll edit a lot of stuff that I direct and I know he edits his own films, so when we started making cuts of the show, we could do a lot of insider “editor speak” and cut to the chase on how to tell these stories.

Q: After working with teenagers (My Super Sweet Sixteen), meteorologists (Storm Chasers) and fashion designers (The Fashion Show), how did working with comic book aficionados compare?

A: It actually was, hands down, the most fun I’ve ever had making a TV show. I can approach the guys from a point of view that’s close to their own because we all grew up in the ’70s. We have a lot of the same pop culture references and we could talk about the TV shows we used to watch. When a customer came in with the Six Million Dollar Man [action figure], the whole cast — me included — were like “Oh my god, that was my favorite toy.” I think it helped me win the cast over, because Walt Flanagan is a tough customer. To get Walt to like you is sort of the crowning achievement.

Q: When was the moment you felt you won him over?

A: The moment he chuckled at one of my on-set jokes. It’s like hey, I got a half smile and courtesy laugh. He’s such a genuine character. He absolutely puts on no airs about anything. If this show becomes the biggest TV show ever created, it will not change Walt one bit. Walt and the other guys were very much like the guys I grew up with in New Jersey, so we definitely had an instant rapport.

Q: Where in New Jersey did you grow up?

A: I grew up in Fort Lee, New Jersey. We all talked about being excited to put characters from New Jersey on TV who were not caricatures, because we all grew up around the same area and there’s a Jersey vibe that we could relate to. It’s very down to earth — the guys are really stand-up guys, and the women are not Snooki.

Q: Do the guys spend as much time making fun of each other when the cameras aren’t rolling?

Q: And with more swear words?

A: Oh my god, yeah. This would sound like The Osbournes if we had to air that stuff. They’re great. They keep each other sharp. I really have never met anybody with as quick a wit as Bryan Johnson. The speed at which his brain works is unparalleled. His wisecracks and his little insults are delivered with such precision, the timing is unbelievable. It’s nothing I could have ever taught a character to do.

Q: Do you read comic books yourself?

A: I must admit that I don’t. I would joke with the guys that I hadn’t bought a comic since 1978. I used to get a lot of Batman comics. My idea of who Batman was really never changed from the ’70s, especially from the time when I would watch the 1966 TV show. But I learned a lot from these guys. A lot of the banter you hear on the show of the guys sitting around the shop, a lot of that came from me asking questions privately. One day I was like, “Hey, how did Batman acquire Robin?” And they told me the story and I was like great, you know what? Save it, let’s do it on camera. A lot of it came from my own naivete about the subject matter.

Q: What do you hope audiences take away from watching the show?

A: I hope they take away the beauty of the relationship that the guys have with each other. They remind me of the kids in that movie Stand By Me, except 30 years later. You can become grownups and really keep a part of your childhood alive and incorporate it into your adult life.