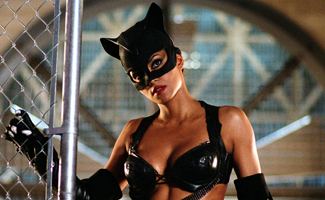 Earlier this season on Comic Book Men, Michael named Catwoman as his all-time favorite superheroine. In Episode 5, “Con Gone Wrong,” Ming admits his love for Halle Berry’s version of the character, which Walt thinks is “the worst representation that’s been in TV or film.” Bryan prefers Michelle Pfeiffer’s portrayal, which he calls “sexy, yet subtle.” Now it’s your turn to vote:

Earlier Polls
• What’s the greatest zombie movie?
• Which superhero would you want to have a drink with?
• What superpower would you most like to have?
• Who is your favorite superheroine?