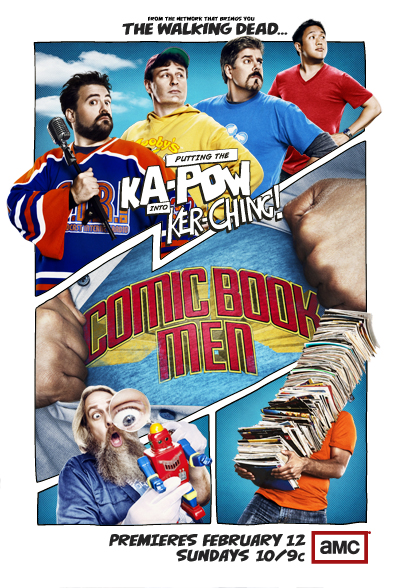 AMC has unveiled the poster for its new original series, Comic Book Men. The poster features the show’s Executive Producer Kevin Smith and the rest of Comic Book Men‘s cast: Walt Flanagan, Michael Zapcic and Ming Chen (who all work in Smith’s New Jersey comics shop, Jay and Silent Bob’s Secret Stash), as well as Bryan Johnson (who doesn’t, but spends most of his time there anyway). Click here to see a larger version of the poster.