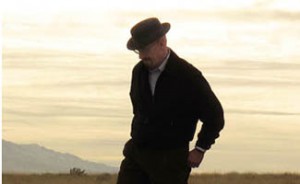 This week, Bryan Cranston, talking to Parade, gets wistful about Walt, while he is also honored with his first-ever Tony Award nomination. Plus, Giancarlo Esposito gets a star on the Hollywood Walk of Fame. Read on for more:

• Bryan Cranston tells Parade that he enjoyed playing Walt because he could do everything: “I could kill someone; I could caress my baby and kiss my son on the forehead. The whole spectrum of the human experience.”

• British GQ puts a dapper Bryan Cranston on the cover of its June issue. The Daily Mail has some highlights from the magazine’s interview with Cranston.

• People reports that three-time Emmy winner Bryan Cranston has been nominated for his first Tony Award, for playing President Lyndon Johnson in All the Way.

• USA Today reports that Bryan Cranston is up for the Drama League’s Distinguished Performance Award. Cranston is also nominated for a Drama Desk Award, according to USA Today.

• Time spotlights Hollywood stars, like Bryan Cranston, who have migrated to Broadway, while Vulture features Bryan Cranston’s Broadway dressing room where he readies himself to become LBJ.

• On the occasion of receiving a star on the Hollywood Walk of Fame, Giancarlo Esposito tells Variety that Breaking Bad‘s effect on his career was about “bringing me back from the dead.”

• USA Today enjoys Dean Norris’ new movie, observing, “I admit I wanted to see Small Time almost 100 percent because I miss Breaking Bad and this one has Dean Norris, or Hank from the show.”

• Refinery 29 discusses the ingredients for a hit TV show and cites several examples from Breaking Bad, including the Season 3 cliffhanger where Jesse pointed a gun at Gale.

• According to The Hollywood Reporter, Charles Baker (Skinny Pete) and Luis Moncada (Marco Salamanca) are helping David Ury (Spooge) promote his book, Everybody Dies: A Children’s Book for Grown-Ups!.

• The Awesomer has a “brilliantly edited tribute film by Alexandre Gasulla, which revisits the tragic story of Walter White.”

• What Culture highlights Breaking Bad‘s most stunning moments, “be they thunderous in their crowd-pleasing capabilities or ghastly in their gore.”

• Den of Geek has a promotional photo of Anna Gunn in character in FX’s Gracepoint.