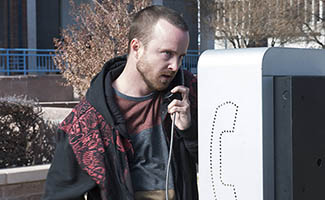 The Motion Picture Sound Editors announced the winners of its 61st Golden Reel Awards last night, and Breaking Bad won the honor for Best Sound Editing in Television — Short Form: Sound Effects & Foley. This is the first Golden Reel win for Breaking Bad. It was previously nominated twice in this category. The winning episode was the series finale, “Felina.” The sound crew for that episode was:

Breaking Bad beat some stiff competition, including The Walking Dead. The seven other contenders were Boardwalk Empire, The Borgias, Game of Thrones, Homeland, Once Upon a Time in Wonderland, Vikings and The Walking Dead. Visit the MPSE website for full details.