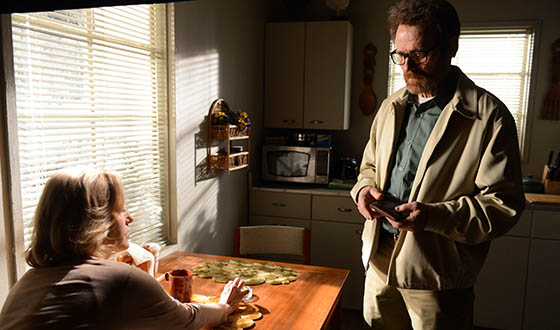 The American Cinema Editors have announced the winners of the 64th Annual ACE Eddie Awards honoring excellence in film and television editing, and for the second year in a row, Breaking Bad editor Skip MacDonald has won the top prize for Best Edited One-Hour Series for Commercial Television — this time for his work on Season 5, Episode 16 “Felina”. Also nominated were Sharidan Sotelo, Kelley Dixon and Chris McCaleb, all of Breaking Bad, and Scott Vickrey of ABC’s The Good Wife. For more info on the ACE Eddie Awards, visit the official website of the American Cinema Editors.