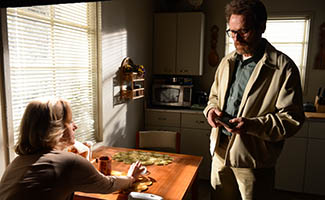 The nomination, Breaking Bad‘s third, is for the team’s work on the Series Finale, “Felina”. Competing with them in the Television Series category are HBO’s Boardwalk Empire and Game of Thrones, Showtime’s Homeland and AMC’s own The Walking Dead. (Click here to read more about The Walking Dead‘s nomination.)

The awards will be presented during a ceremony on Feb. 22 at the Millennium Biltmore Hotel in Los Angeles.