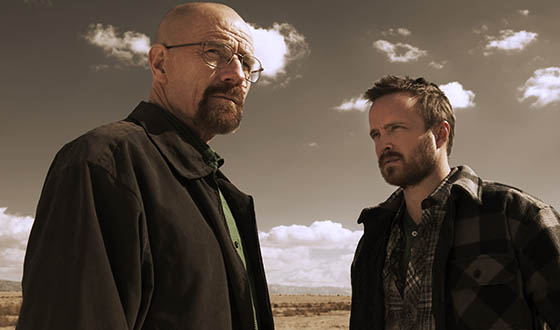 The Hollywood Foreign Press Association announced the nominees for the 71st Annual Golden Globe Awards and AMC has garnered three nominations. Breaking Bad received a nod for Best Television Series in the drama category, while Bryan Cranston and Aaron Paul received nominations for Best Performance by an Actor and Best Performance by an Actor in a Mini-Series or Motion Picture Made for Television respectively.

For the acting statuette, Bryan Cranston faces off with Ray Donovan‘s Liev Schreiber, Masters Of Sex‘s Michael Sheen, House of Cards‘ Kevin Spacey and The Blacklist‘s James Spader; while Aaron Paul is up against The Good Wife‘s Josh Charles, Behind the Candelabra‘s Rob Lowe, House of Cards‘ Corey Stoll and Ray Donovan‘s Jon Voight.

The Golden Globe Awards will be presented on Sun., Jan. 12 at the Beverly Hilton Hotel in Los Angeles.