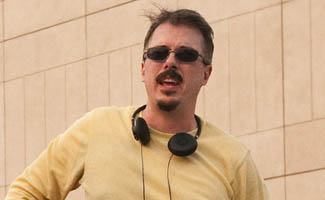 In Part I of his chat with the fans, Breaking Bad‘s creator and executive producer Vince Gilligan explains why Hank discovers Walt’s secret when he does and lays odds on the chances of seeing Bryan Cranston in his underwear one last time. Click here to read Part II of the interview.

The scene with Hank on the toilet was wonderfully tongue-in-cheek. Were you worried about people not taking the scene seriously enough, given the weight of the revelations? — shiggityshwa

A: That’s an excellent question. Why on the toilet? We were looking to do a type of scene and a moment of revelation that was unique to the show and that seemed a bit overly-mundane or perhaps even undramatic in its setting. Breaking Bad is known for its moments of high tension and drama and showmanship, and we wanted to end the season in a very different manner. We believe that the moment of revelation, when it finally comes, is so very dramatic that really it could be set anywhere and still have the punch of horror for Hank that it needs to pack.

When you introduced Walt Whitman’s Leaves of Grass in Season 3, was there a plan that the book could be Walt’s undoing? Is this poetic justice for Gale? — Fulminate

A: [Laughs] I like the idea of Gale’s poetic justice from beyond the grave. The writers and I love the idea of revisiting previous moments in the show because we love the idea that all actions have consequences. We know that in our day-to-day lives, but very often in television storytelling characters say things or they do things and a particular episode ends and there’s not necessarily much in the way of resonance. On this show, we very much like a character’s actions to have repercussions in ways that we identify with in real life. And to that end, we love revisiting these old moments, and Walt Whitman’s poetry was something that Gale Boetticher loved. It touched his heart and he wanted to share it with his new friend and mentor Walter White. And unfortunately the sharing of it and Walt keeping this book in hindsight proved to be a bit unwise.

What was the purpose of opening the final scene out by the pool with the same shots, in the same order, as the beginning of “Seven Thirty-Seven”? — Harmonica

A: This episode is the end of the first half of our final season. So there’s a feeling of ending to it, and certainly at the end of this episode, there’s an end that we finally reach to Hank’s lack of knowledge about who Walt really is. But maybe the most important ending is the resonances of what happened in Episode 7: the end of Mike and also the end of Walt’s collaboration with Jesse. And those two endings lead my writers and I to feel somewhat sentimental for better times in the show. There’s sort of an elegiac quality to this episode — Episode 8 contains within it a bit of an elegy for episodes past and to that end, we do have a lot of visual shoutouts and harkenings back, and also some lines of dialogue. For instance, Lydia says to Walt, “We’re gonna make a lot of money together,” which is something Tuco told Walt way back in the end of Season 1. So there are a lot of moments like that — little Easter eggs to be gleaned.

What influenced your decision to kill off Mike instead of letting him drive away into obscurity? — Virginia Young

A: It was definitely a decision that was hard-fought and hard to come to because the writers and I all love the character of Mike, and we also love Jonathan Banks who plays Mike. But on the other hand, Walter White is a very powerful and dangerous man and he’s also a very damaged man. And whether he would admit to it or not, he has to flex his power because deep down inside he feels very powerless. I think he has very terrible low self-esteem issues. [Laughs] So it’s very important for Walt to get respect and feel respected, and certainly for the last eight episodes and many episodes prior to that, Mike dissed Walt on a regular basis. Walt did not like being zip-cuffed to a radiator. He did not like the idea of Mike deciding to take away his hard-earned methylamine. And going back many episodes before that, he didn’t like all the various times Mike has held a gun on him, punched him off a bar stool, dog-kicked him when he was on a bar floor. So all these reasons had built up over the episodes, but they unfortunately come to a head in a moment in which Walt doesn’t really need to do what he does. He can let Mike ride off into the sunset.

Although it could be argued that Walt really is in trouble once these ten guys give out all the information they’re going to give to the feds. So Mike is leaving Walt and Jesse in a terrible lurch, and if Walt were to get the names from Lydia, and Mike were out there somewhere alive, Mike would probably come back and stop ’em or kill ’em in retaliation. So, as a lot of these moments in Breaking Bad, there’s a lot to be chewed over in this moment: Did Walt have to do it? Was it the best play? Or was it an unnecessarily petulant and instinctive moment that he now regrets.

Will we ever see Walter White in his tighty-whities again? — Lisa

A: Very possibly, but Bryan Cranston is a man who, for just the spare change in your pocket will most likely drop his pants if you ever run across him on the street. So even once the show ends, there’s a great possibility of seeing Mr. Cranston in his underpants, even if he’s not playing Walter White. [Laughs]