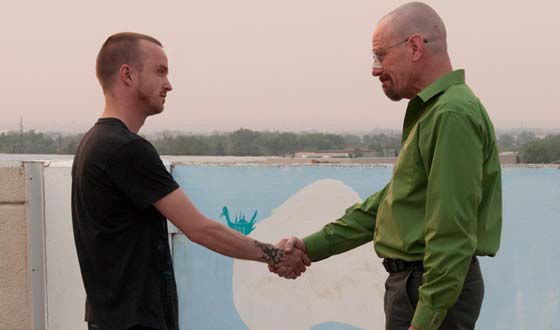 Today the Writers Guild of America (WGA) announced its nominees for outstanding achievement in television, radio, news, promotional writing, and graphic animation during the 2011 season. AMC’s Breaking Bad was honored with three nods: one for Best Dramatic Series and two for Best Episodic Drama. This marks Breaking Bad‘s fourth nomination in the former category and the show’s sixth and seventh nods in the latter.

In addition to these nods, AMC also received a Best New Series nomination for The Killing, which completed its first season in 2011.

The winners will be honored at the 2012 Writers Guild Awards on Sunday, February 19, 2012 during simultaneous ceremonies that will be held in Los Angeles and New York City.