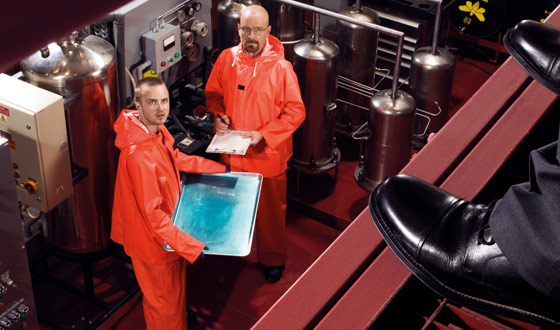 Conceived by Gale, owned by Gus, sought by Hank, and eventually (SPOILER ALERT) destroyed by Walt and Jesse, the superlab was a key location during Breaking Bad‘s third and fourth seasons. In this exclusive behind-the-scenes video, Breaking Bad Production Designer Mark Freeborn reveals the thought process behind the superlab’s sleek and ultramodern design — covering everything from the lab’s steel grate catwalk to the choice of red as a primary color.