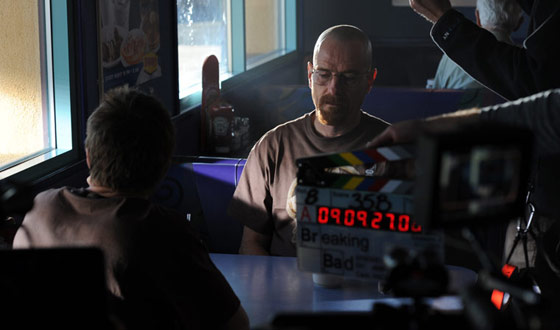 When production on Breaking Bad‘s fourth season began in Albuquerque this past January, series creator Vince Gilligan brought along his personal camera to document the first day of shooting. Vince was kind enough to share some of his photos — featuring series stars Bryan Cranston, Aaron Paul, Anna Gunn, and others from the cast and crew — exclusively with AMCtv.com.