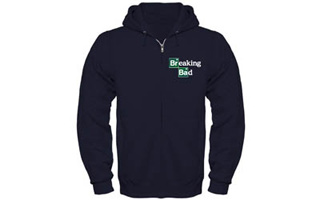 Breaking Bad fans are buzzing about Gus getting revenge on Don Eladio in Season 4 Episode 10, “Salud.” Here’s a sampling of what they’re saying:

• “I’m finding myself now rooting for Gus, happy that he got his revenge even though he was the enemy just a few episodes back. maybe because he had Jesse’s life in his hands, or maybe because what the cartel did to him was so brutal.” — MikeJones

• “I actually felt empathy for Gus when he kept staring into that pool, obviously remembering 20 years earlier when he watched his friend’s head gush blood into it after getting shot by Hector. That was some sweet revenge though at the end.” — Jesse Jackson Junior

• “Gus taking the time to neatly fold his jacket knowing he has a stomach full o’ poison is pretty bad@ss if ya ask me!” — Toasted Mojo