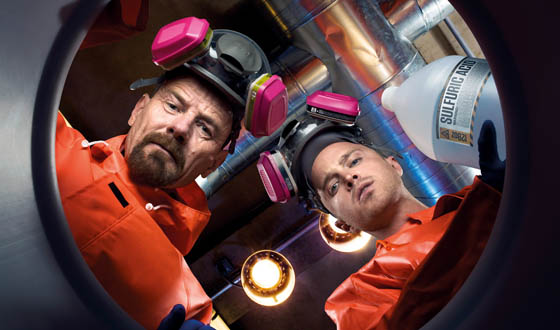 This morning’s announcement of AMC’s 29 nominations for the 63rd Annual Primetime Emmy Awards may have left Breaking Bad fans wondering why their favorite AMC Drama was left out of the party. The simple answer: For the past three seasons, AMC has aired Breaking Bad in the Spring, which made the series eligible for Emmy nominations the same year in which it aired. (Season 3 took home awards for Best Actor for Bryan Cranston and Best Supporting Actor for Aaron Paul.) As to Season 4, the good news is that Breaking Bad‘s new summer schedule will be eligible for the 64th Annual Primetime Emmy Awards in 2012. Be sure to tune in Sunday at 10PM | 9C to see what could be in the running.