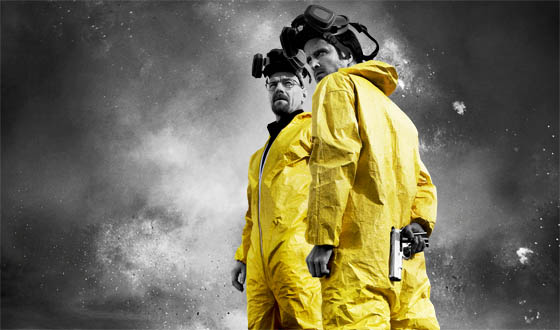 AFI lauded Breaking Bad as one of its Television Programs of the Year for 2010. This marks the second time that the AMC drama has been honored by the American Film Institute. The awards were created as a way to preserve and honor America’s cultural legacy in the moving image arts (i.e., film and
television). Also recognized among the Television Programs of the Year category  were two other shows from AMC — Mad Men and The Walking Dead — as well as The Big C (Showtime), Boardwalk Empire (HBO), Glee (Fox), Modern Family (ABC), The Pacific (HBO), Temple Grandin (HBO) and 30 Rock (NBC). AFI’s Movies of the Year for 2010 were Black Swan, The Fighter, Inception, The Kids Are All Right, 127 Hours, The Social Network, The Town, Toy Story 3, True Grit and Winter’s Bone.