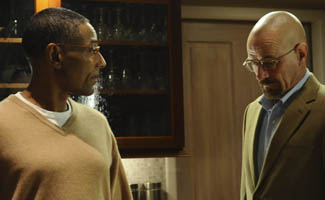 Concern for Walt still runs deep during the off-season, with the commenters this week discussing how he can get out of his latest predicament with Gus.

• “I’d like your guys’ input on how you think Walt’s gonna get out of the mud with Gus after he put out the hit on Gale.” — Mitchell Jackson

• “From Gus’s perspective, after what has transpired, it would be very impractical to keep such a clever loose cannon as Walt alive for very long, except under lock and key and with a gun aimed at his head, just long enough to force him to train a new chemist, perhaps under threat of death to his family if he doesn’t comply. And then there is the emotional element (Walt defying Gus) that needs to be addressed.” — Fulminated Mercury

• “How does Gus [even] find out that Walt has put out the hit on Gale?” — kwfilly