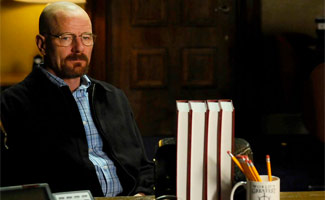 The Emmy nominations will be announced next week, and just like last year, the critics are gearing up with their own wish lists (which once again include AMC’s Breaking Bad).

• In addition, Sepinwall wants Bryan Cranston on the ballot for lead actor (“Cranston is astonishing as Walter White”), Anna Gunn for lead actress and the “amazing” Aaron Paul for supporting actor.