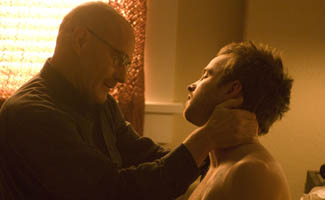 The awards — produced in collaboration with the Substance Abuse and Mental Health Services Administration — honor actors, movies, music, and television shows that bring attention to substance abuse and mental-health issues.

Cranston and Paul will face Nurse Jackie‘s Edie Falco, In Treatment‘s John Mahoney, Grey’s Anatomy‘s Kevin McKidd, and each other for the performance award.

The awards will be announced during a ceremony on Thursday, April 22, at the Beverly Hills Hotel.