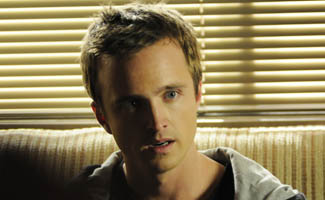 Publications this week caught up with the Breaking Bad tour in Miami, talked to star Aaron Paul about the upcoming season and gave a nod to AMC for playing off one of the ten most controversial billboards in recent history.

• The March issue of Nylon magazine features a fashion spread of Aaron Paul, in which the actor says of his character, “Recovering addicts actually tell me I remind them why they stopped using.”

• Breaking Bad‘s Times Square billboard gets a nod in BlackBookMag.com’s list of the 10 Most Controversial Billboards in Recent history.

• The San Jose Mercury News discusses Breaking Bad in its feature on cable television’s interest in the disenfranchised. Referring to Walt, the paper posits that “TV characters are tapping into the zeitgeist’s exasperation over a broken structure apparently tilted against the little guy.”