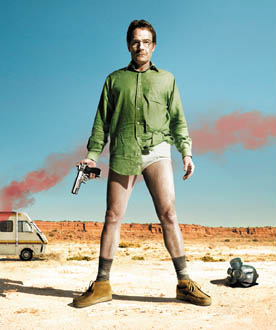 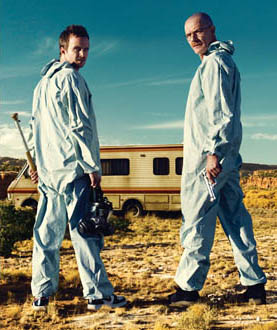 The Breaking Bad Viewer’s Choice Marathon starts on Fri., Mar. 19 at 8PM | 7C but you’ve only got until Thu., Feb. 11 if you want to weigh in on which episodes will air. As you may already know, the four highest-rated shows from Season 1 and Season 2 are going to be selected based on your votes. So far, Episode 6 (in which Walt bombs Tuco’s hangout) and Episode 2 (which features the infamous bathtub scene) have taken the lead for Season 1. Think the Season 1 Finale should be broadcast instead? Click here to vote for your favorite Season 1 episodes.

As for Season 2, Episodes 2 (in which Tuco meets his demise) and 6 (which finds Jesse facing off against an ATM) are emerging as your favorites — but you can still help Saul Goodman get his day in court with Episode 8 (the slick attorney’s first appearance in the series), which trails by a mere four votes. Click here to vote for your favorite Season 2 episodes.

Remember: The six-hour mini-fest will start with the Pilot and end with the Season 2 finale. What happens in between is up to you. Don’t delay. Cast your vote. Be an AMC Progammer for a day!

(Want to convince your fellow fans which episode is best? Leave your arguments in the comment section below.)