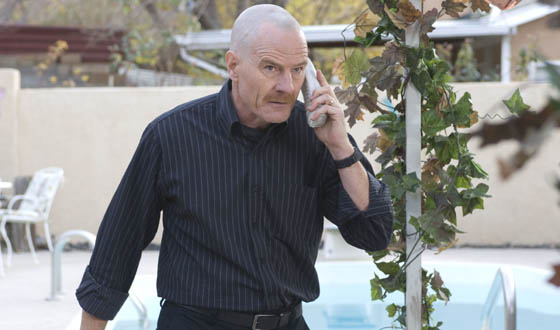 The Screen Actors Guild this morning announced their nominations for the 16th Annual SAG Awards, and Breaking Bad‘s Emmy-winning star Bryan Cranston was tapped for the Outstanding Performance by a Male Actor in a Drama Series category.

His first Screen Actors Guild nomination, Cranston will be up against Simon Baker (The Mentalist) , Michael C. Hall (Dexter) , Hugh Laurie (House) and fellow AMC leading man Jon Hamm (Mad Men), who was also nominated for the award last year. (Mad Men also received a nomination for Outstanding Performance by an Ensemble in a Drama Series, for which the show was nominated and took home the trophy last year. Click here to learn more.)

The awards will be presented during a ceremony at the Los Angeles Shrine Exposition Center on Sat., Jan. 23 at 8PM | 7C, simulcast on TBS and TNT. For a complete list of SAG Award nominations, click here.