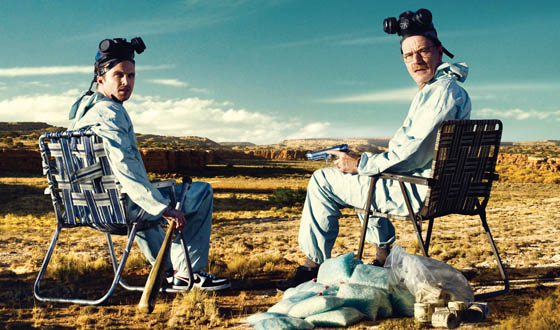 Bryan Cranston has done it again: Breaking Bad‘s Emmy-winning actor picked up his second consecutive trophy as Best Actor in a Drama Series at the 61st Annual Primetime Emmy awards Sunday night. “Lee Trevino was struck by lightning twice,” Cranston said, accepting the award. “Now I know how he feels.”

The award was Breaking Bad‘s second of the year, the first of which went to Lynne Willingham, who picked up the best editing trophy — her second consecutive as well — at the Creative Arts Emmys last week.

AMCtv.com congratulates Breaking Bad and Mad Men for all their successes.

Click here to read an interview with Bryan Cranston