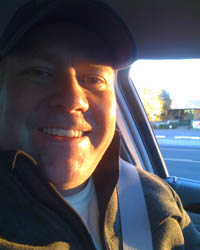 Q: What sort of look do you go for when you’re scouting locations for Breaking Bad?

A: The most important thing that came from Vince was that we always tried to stay real, but with a little tweak. If something seemed too right, or too pretty or too wrong we always went back to that mantra. And that determined a lot of what we did. We’d find real stuff, but we’d look for that little oddity that they added on to the place, whether it had a pool that you didn’t think of when you started, or things that were just a little different that you wouldn’t have thought of right off the bat. And Albuquerque fit like a glove; 90 percent of what we did was keep it Albuquerque and keep it tweaky.

Q: What about Walt’s house lends itself to that tweakiness? 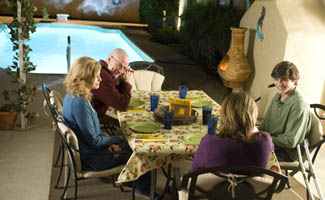 A: It’s so normal, but it has that pool, and it sits up on that hill and it’s not adobe. It’s not real southwest — not typical New Mexico, as opposed to Hank’s house, which is a real nice house set in a cul de sac with a real nice view, but it’s not a real house. It’s overbought, too showy — everything that Walt’s isn’t. When you see it in detail it’s almost not a real place — it’s plastic. But Walt’s is real, where real things go on.

Q: You had to scramble this season to find Jesse new digs after the owner of his previous house sold it. What elements went into selecting the duplex? 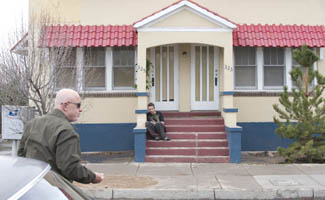 A: The relationship between him and Jane was the biggest part of it, having two adjoining apartments that were next to each other, but were far enough apart that it wasn’t face to face. It isolates them to have just the two units in that one building. It’s actually student housing, and eight people live in that building. It was an old hospital in the ’30s, so it’s not actually a real house. It’s government standard, which makes it have a little edge to it. The realness overrides everything — there was no other ’30s-built, government building condo with two doors next to each other.

Q: Season 2 introduces a lot of independent businesses — Beneke, Saul Goodman, Los Pollos. How did you select buildings for those establishments? 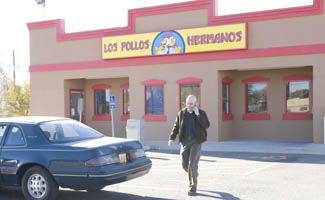 A: For Beneke, it was thinking about the reality of a small business owner. We scoured all the small businesses to find something that wasn’t too shut-in and industrial, but it wasn’t too corporate like a five-story office building. I come from auto racing, so I thought of it more like a pro repair shop — but still mom and pop. For Saul, we were thinking combover hair — he’s not what he seems at all. There’s a whole other side, hidden below the owner-operator side. So we looked for a strip mall office where we could put the statue of liberty on the roof. And Los Pollos was just a cover of a real chicken place. The chicken defined that a lot, and it’s a five or six store chain. It’s not a diner, it’s not a mom and pop place, so it fit.

Q: What was the hardest location to scout? 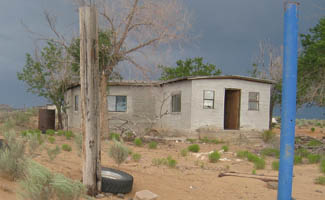 A: Tio’s shack took us about two months to find. It was originally written as desert, but that can mean a lot of things in New Mexico — it can be shrub brush or sand or sun pine trees. After a long search we found this house, but it was vacant and hadn’t been lived in for 40 years. The owners had moved away, and nobody knew them. But my scout went to the tax records place and sent them a post card on the off chance they would contact us, and they did. We cleaned it out a little and built a floor and did a little bit to the doors, but I’d say about 90 percent of it was already there.

Q: Jesse’s rehab spa was filmed at an Indian Casino. What was the inspiration there?

A: We started with it wanting to be a nice place — too nice. It’s some ethereal place that’s really not doing anything but killing time. The onion dome just had that tweakiness — that copper and the water. It looks like some kind of big resort, which works for Jesse because it wouldn’t be an experience that changes his life. Walt’s headed the other way getting darker and deeper, and this let Jesse come up for air and be in the light.

Be sure to also check out the interview with Breaking Bad‘s production designer Robb Wilson King.