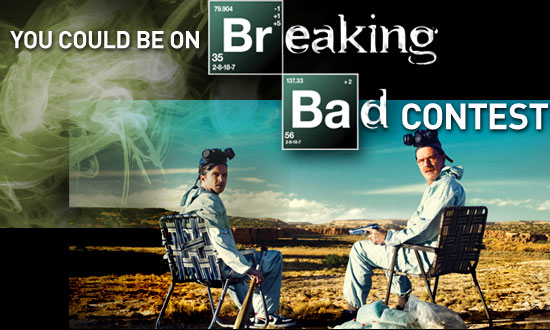 Want to join the Breaking Bad cast out in New Mexico? Today AMC launches the “You Could Be on Breaking Bad” video contest, which will award one lucky contestant $1000 and a walk-on role in Season 3. Entering the contest is easy: Submit a video of yourself doing one of three monologues originally performed by Emmy Award winner Bryan Cranston. The 20 entries that receive the most votes advance to a final round judged by series creator Vince Gilligan.

The sooner you enter, the more viewers you’ll get so get out those cams and start rolling. Season 3 just wouldn’t be the same without you!

Click here to enter the contest and view our rules and regulations.