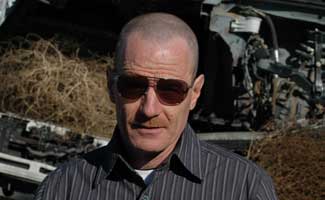 According to the Orlando Sentinel, the “usually stupid Emmy people got it right” when they awarded Bryan Cranston a “surprise victory” at this year’s ceremony. “It’s really a ‘wow’ role, and he nails it,” the newspaper adds.

The show was also honored last weekend with a Mark Award, a competition that recognizes outstanding achievement and excellence in marketing from the networks, cable companies and suppliers. The drama was a silver winner in the Program Promotion Tune-In, TV (Single Spot) category for its “On Camera” trailer.