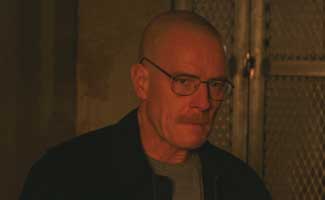 Breaking Bad‘s Bryan Cranston won the Emmy for lead actor in a drama series last weekend, edging out three-time winner James Spader (Boston Legal) and fellow AMC actor Jon Hamm (Mad Men). Newsday called his win the “shocker of the night,” and Media Life agreed saying it was “perhaps the night’s biggest upset.” Cranston had previously been nominated three times for his supporting-actor role on Malcolm in the Middle.

TV Guide called the victory a “surprise (but well-earned),” and the San Diego Union-Tribune called it “a gratifying upset.” The Oakland Tribune cited “his superb work” as a desperate man who turns to a life of crime to ensure his family’s financial security.

AMC (“a network that only entered the scripted production business a few years ago,” Variety noted) won eight Emmys in all. (Mad Men took home most of the rest of the channel’s haul.) Mad Men and Breaking Bad “have set the bar for AMC’s original programming in the years to come,” AMC general manager and executive vice-president Charlie Collier said after the awards ceremony.