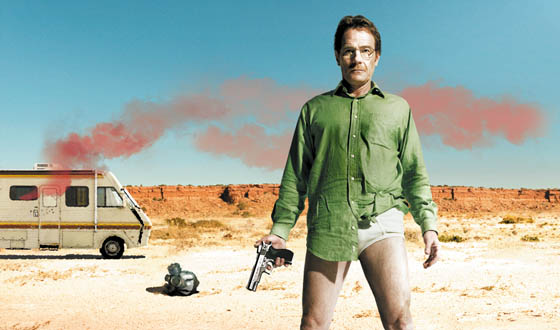 Breaking Bad won a second Emmy last night and it was a major one at that. Bryan Cranston walked away with the statuette for Outstanding Lead Actor in a Drama Series beating out James Spader (Boston Legal), Michael C. Hall (Dexter), Hugh Laurie (House), Gabriel Byrne (In Treatment) and Jon Hamm (Mad Men).

Said Bryan Cranston upon picking up his equally bald statuette, “I guess the restraining order has been lifted,” in reference to his first Emmy win after two past nominations.