In the all-new season, Chuck’s death catalyzes Jimmy McGill’s transformation into Saul Goodman. In the wake of his loss, Jimmy takes steps into the criminal world that will put his future as a lawyer — and his relationship with Kim — in jeopardy. Chuck’s death deeply affects former colleagues Howard and Kim as well, putting the two of them once again on opposite sides of a battle sparked by the Brothers McGill.

Meanwhile, Mike Ehrmantraut takes a more active role as Madrigal Electromotive’s newest (and most thorough) security consultant.  It’s a volatile time to be in Gus Fring’s employ, as Hector’s collapse sends shock waves throughout the Albuquerque underworld and throws the cartel into chaos — tearing apart both Gus and Nacho’s well-laid plans.  While Gus changes course, Nacho finds himself in the crosshairs of deadly forces, as you can see in the first-look image below. 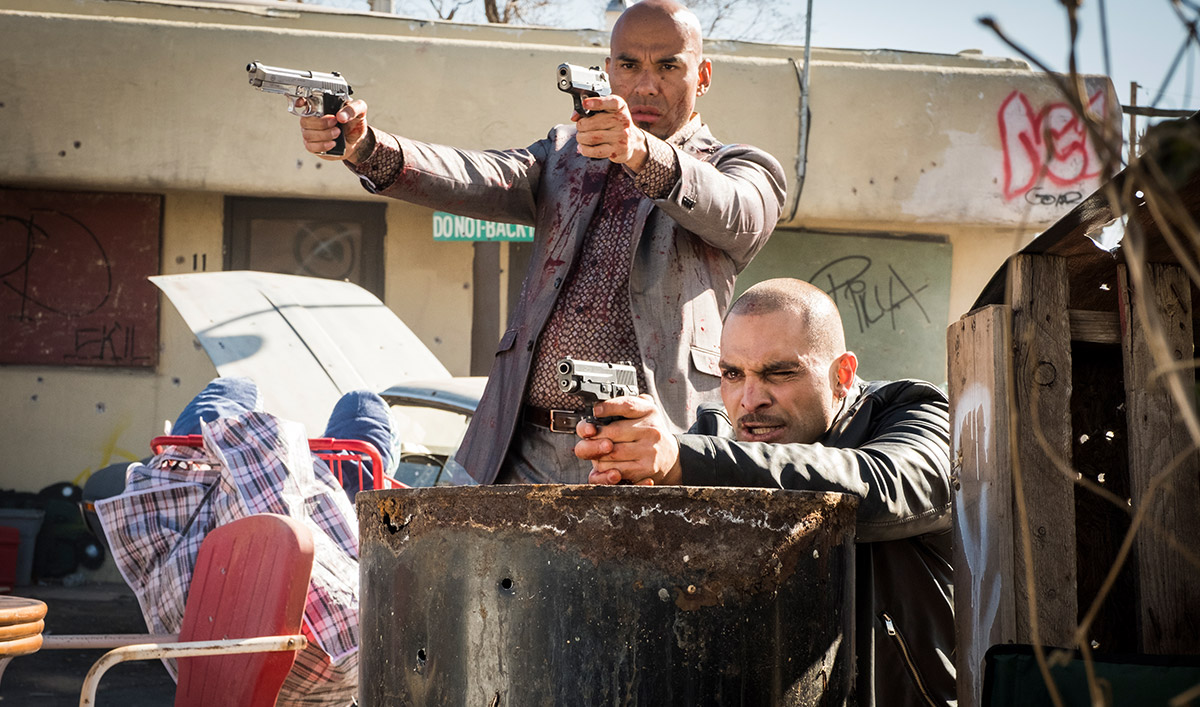 Following the Season 4 premiere of Saul, AMC will premiere its all-new original series Lodge 49, an endearing modern fable set in Long Beach, Calif., about a disarmingly optimistic ex-surfer, Dud (Wyatt Russell), who’s drifting after the death of his father and collapse of the family business. “We’re excited to share the next chapter in Jimmy McGill’s journey towards Saul on one of television’s most celebrated shows, and to introduce viewers to the unfailingly optimistic underdog Dud, who’s looking for his place and his moral purpose in a cynical and confusing world,” David Madden, president of original programming for AMC, SundanceTV and AMC Studios, said in a statement.

To stay up-to-date with all the latest news, sign up for the Better Call Saul Insiders Club.