Raymond Cruz, who plays Tuco Salamanca on AMC’s Better Call Saul, talks about getting a second chance to portray the loco drug kingpin and his approach to playing a “walking menace.”

Q: How did you react when you first learned Tuco was going to appear on Better Call Saul? Did you ever think you’d get another chance to play him?

A: I really didn’t. I thought Tuco was a done deal, dead and gone, but I heard about the show and the fact that it’s a prequel, and I thought, “Wow! How are they going to twist this around?” It worked out, and I was excited about it.

A: Oh yeah, of course. Tuco, at this point, is not discovered through meth. He’s not as explosive, but you also realize that it wasn’t the drug that made him that way. Deep down inside, he just has anger issues! [Laughs] This guy is a complete walking menace, and the drugs just amplify that. When I first did Tuco, I had to first build the character and then figure out how the drugs — physiologically, psychologically, emotionally — affected him. You layer that on top of the character. With Better Call Saul, my work was done. It wasn’t like I had to build a whole new character. I was just revisiting him and taking him to a different point in his life.

Q: Are there any inspirations behind your portrayal of Tuco?

A: No. I use my imagination.

A: [Laughs] It’s all me! It’s very interesting, because when they were first looking for Tuco, before Breaking Bad ever aired, the casting director approached me and said they couldn’t find anyone to do the part. I read the script and said, “Wow, it’s great! The writing is great!” He said, “Can you do it?” I said, “Yes!” He said, “Will you do it?” I said, “No!” They didn’t know what they were asking for. I knew where they wanted to take it, and that to make it work would be so much effort, and it was. I ended up doing the part, and it was strictly because of the challenge of it.

Q: You’ve spoken before about the physical, emotional and mental demands of playing such a high-energy character. Were you at all reluctant to revisit Tuco?

A: I was. It was more physical and mental than anything, and I remember getting injured several times doing Tuco. I almost broke my nose, and I pulled a muscle in my back. It’s such high energy, and his outbursts are so dramatic. You lose your voice by the end of the day, and you’re drained emotionally and mentally. It’s not a part you look forward to! It’s more like, “Can I do this again?” 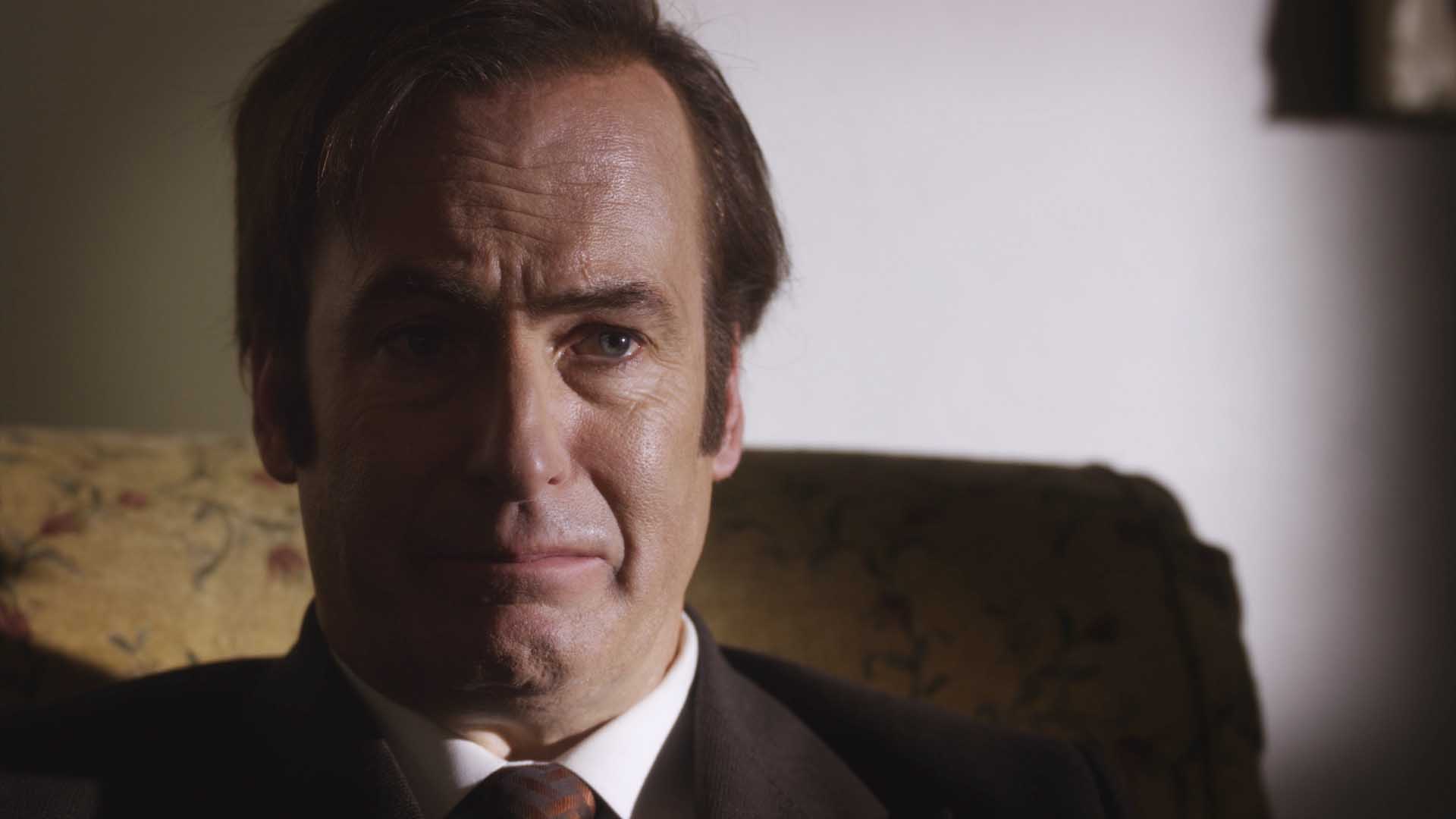 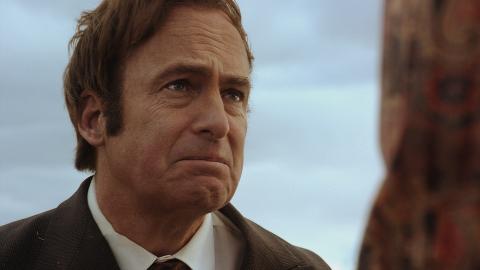 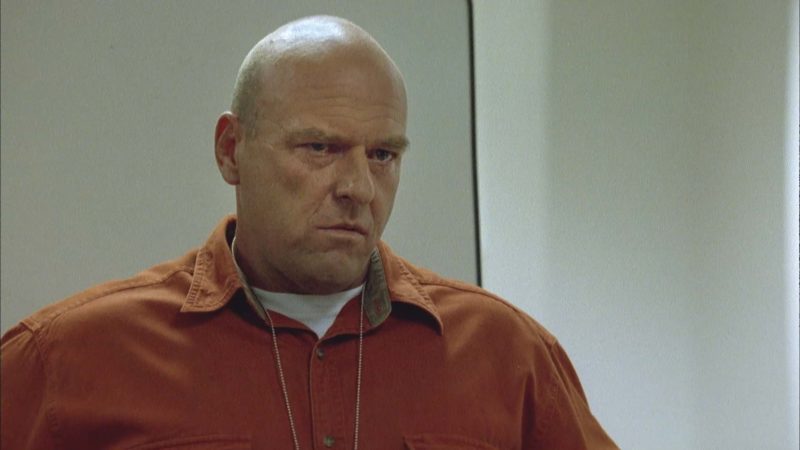 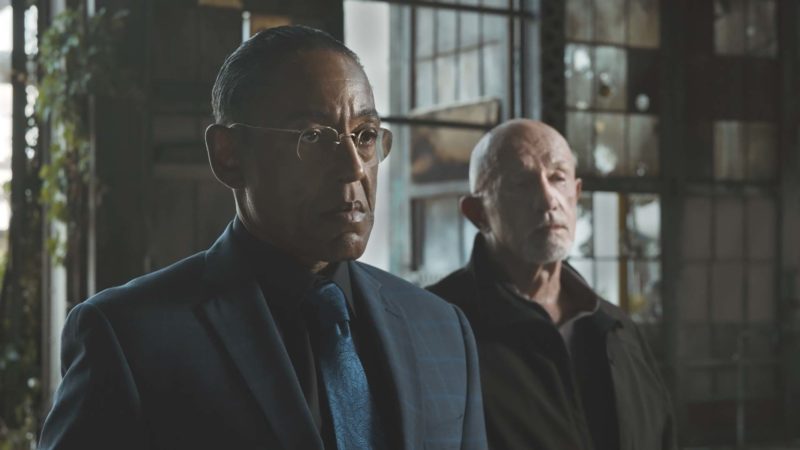 Q: How do you wind down after a day with him?

A: I read, I don’t make a sound, I don’t even want to talk. When you shoot, you’re doing it for 12 to 14 hours a day and you don’t do a scene just once. You do it several times from different angles — and I never hold back. I remember when I was shooting Breaking Bad, one of the directors came up to me and told me I didn’t have to do what I was doing, but I do. Reactions are just as important as what I’m doing. It makes such a big difference, especially with this character.

Q: As a Breaking Bad alum, were you excited to return to Albuquerque to work with Vince and the crew again? What did you look forward to the most?

A: It was like going back home, going to a familiar place and seeing familiar faces. To come off of this great program and to go back into the same atmosphere with the same people and the whole crew, and you’re making great television. Albuquerque was one of the reasons I took the job in the first place. When I saw the cinematography, the vistas, this huge sky and how they were contrasting the dry landscape with this urban drama, it was so interesting to me. You would never expect it, and you look at the desert as if there’s nothing there, but there is — and you don’t believe what you’re seeing. There are harsh shooting conditions though, and sometimes the weather itself is a whole other character.

Q: You’re currently continuing a long run portraying a detective on television. Which do you enjoy playing more, cops or criminals?

A: I just look for challenges in parts. My detective character is so underplayed and is a complete contrast to Tuco, so to communicate his point of view is great. You want to watch a show and root for the good guy. Who would stop the bad guys?

A: People aren’t one-dimensional. There’s always something, and with Tuco, it’s his sense of family and community. If he’s behind you, he’s behind you 100%.

A: I don’t have an all-time favorite. It’s just the combination of the writing, the performance, and this whole way of thinking about what comes out of his mouth. When I first read Breaking Bad, I thought “dark comedy,” and that’s how I approached it.

Q: I’m partial to his use of “bizznatch.”

A: [Laughs] I think people are going to walk around saying “bizznatch” now!