Q: Breaking Bad‘s writers used to joke about “the Saul Goodman project.” At what point did you conclude the idea was actually viable?

A: We had a couple of ideas about the show, but at a certain point, Vince [Gilligan] and I both put the brakes on for a moment and said, “What is this really? Is there enough here to make a show that we’d be proud of?” When we started, we thought it was a no-brainer. We know Saul Goodman. We’d been writing scenes for him for years, but the more we looked at it, the more we realized that we didn’t know him as well as we thought. That was the moment when I got excited and realized this would be a really fun, interesting, and entertaining show.

Q: You’ve been credited by Vince with creating the character of Saul Goodman. Where did you draw inspiration from? Is anything about Saul based on anyone you know personally?

A: I have to say that everything that came out of the Breaking Bad writer’s room was a group effort. I grew up in New York City, and there’s no shortage of fast-talking sharpies in that world. I had an uncle who was a lawyer and didn’t particularly like being a lawyer, so I had him in mind. I also thought about some characters that I love from movies and television –- the ones who lead with their mouths, who are full of a lot of explanations and who don’t necessarily carry a gun, but can talk their way out of any situation. Characters like Jim Rockford from The Rockford Files, or some of the characters that Bob Hope played, were all lurking around in my brain.

Q: What about the character of Saul Goodman do you think most makes him worthy of his own show?

A: There’s no doubt that there were many characters on Breaking Bad that were deep and interesting enough to support an entire series. You can imagine a whole series about Hank Schrader or Gus Fring. These are characters and performers who we love working with and are fascinated by, but we felt there was a lot about Saul Goodman that we hadn’t seen. There was a whole world that he brought with him. When you went into his office, he had all those crazy clients and interesting supporting characters like Francesca and Huell. Saul seemed to almost be a visitor from another TV show. [Laughs]

Q: The name Saul Goodman is a play on words (“S’all good, man!”). Were there any specific inspirations for Saul’s real name, Jimmy McGill?

A: We were trying to pick a name that would feel so different from Saul Goodman, and it was a name that really appealed to us. He wasn’t named after McGill University or anything. [Laughs]

A: We talked about this guy’s life and laid out where he came from and where he was going after Breaking Bad. Then, we picked the spot that we thought was interesting to start with, which was about six years before Walter White walks into Saul’s office. This is an origin story, but it’s also a story about a man who’s creating a new identity for himself. 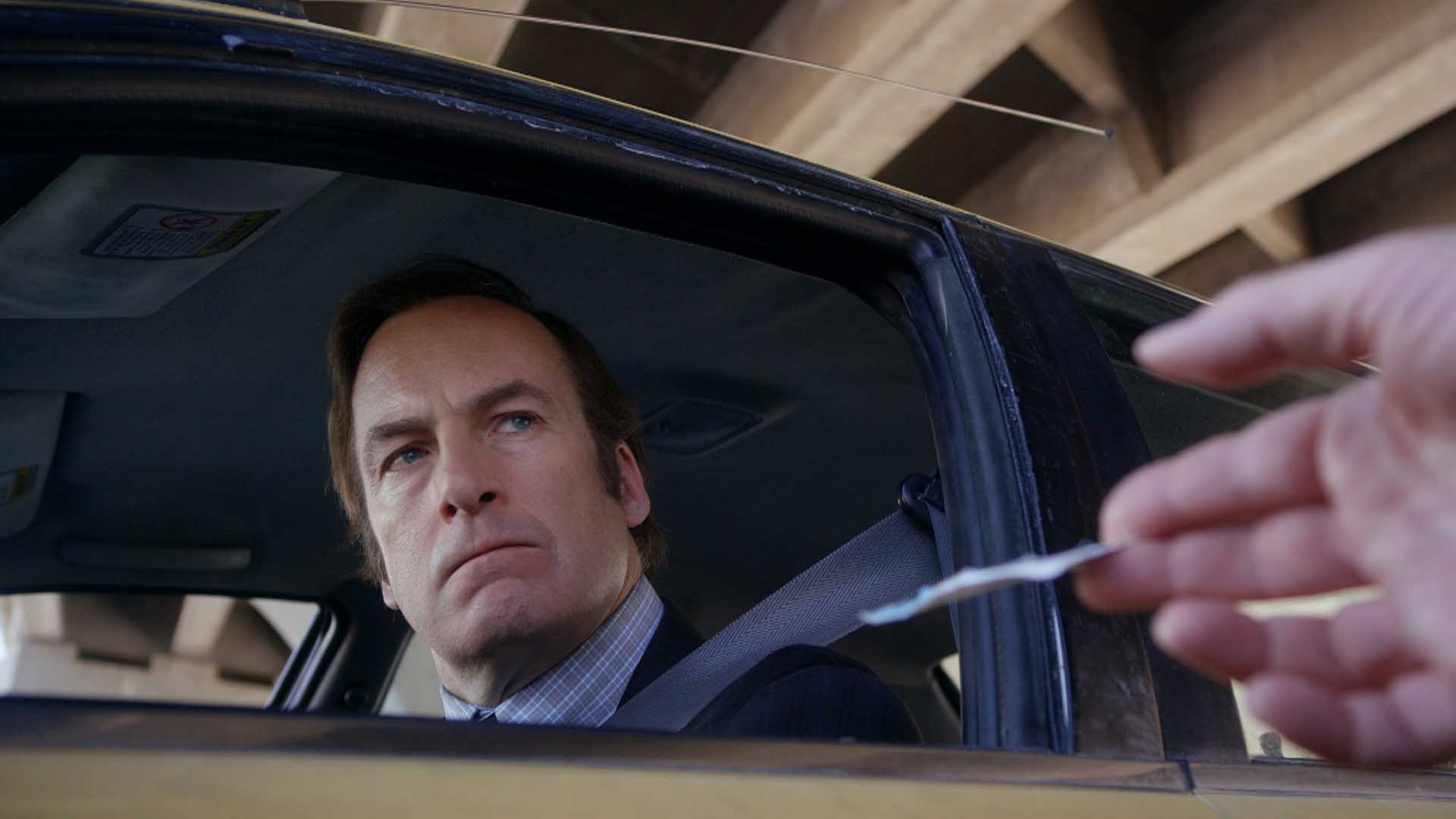 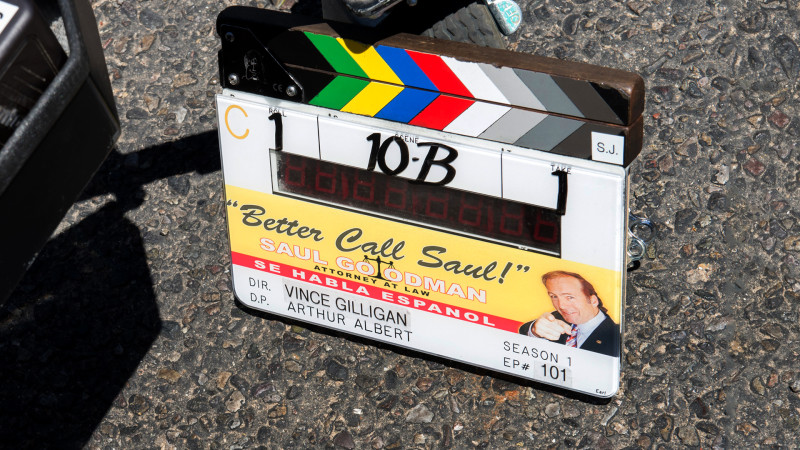 Take a look at the first day on the set of Better Call Saul. New Episodes premiere Mondays at 10/9c. 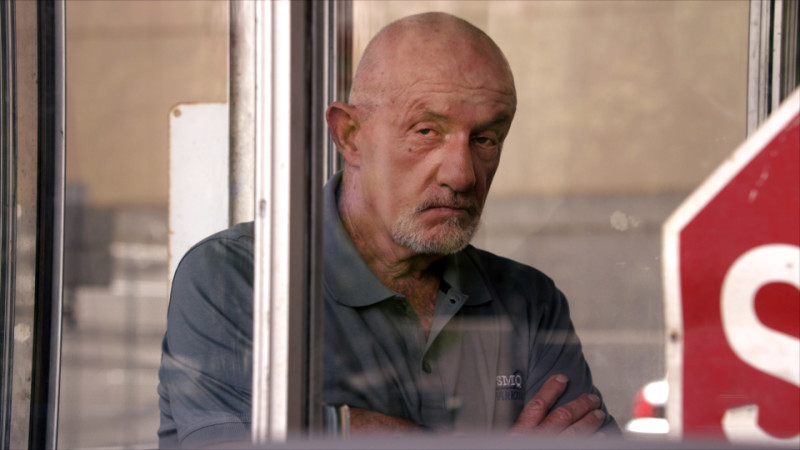 Brought to you by the all-new 2015 Acura TLX. It’s that kind of Thrill. New Episodes premiere Mondays at 10/9c. 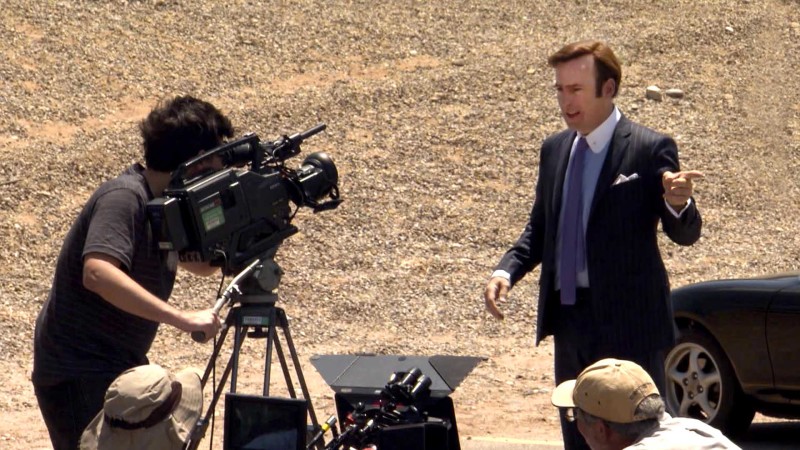 The cast and crew of Better Call Saul welcome fans back to Albuquerque and share what they're looking forward to in the first season. New Episodes premiere Mondays at 10/9c.

A: We do have different people in the writer’s room. We were so lucky to bring some of the Breaking Bad writers onto this show, but we have some new voices, too, which freshens things up. I think our approach is very much the same as it was on Breaking Bad — we think through the characters as much as we possibly can.

Q: What about writing for Walter White vs. Jimmy McGill?

A: That’s the other thing that’s very different. Jimmy McGill is a very different guy from Walter White. Walter White was a dark character. He was a man who knew he was at the end of his life. McGill, no matter how tough things get, has a buoyancy to him which makes him very different to write. That’s the DNA that creates the difference between this show and Breaking Bad.

Q: Like Breaking Bad, Better Call Saul is set in Albuquerque. What about the city makes it such a good backdrop for the series?

A: It’s a place we’ve all grown to love. As a backdrop, it’s such a primal, American landscape, and you have these amazing views and desertscapes which are a universe all their own. I think we’re fascinated by the collision and contrast. You’ll see us playing with those elements during the course of the show.

A: That’s absolutely true. We’re interested in testing these characters. The way you find out what they’re really made of is by giving them choices that are not easy. That’s ultimately where the rubber hits the road. Sometimes it’s surprising, both to the character and to us.

A: I would say we’re still working it out! [Laughs] Ultimately, it’s how Jimmy McGill becomes Saul Goodman. It’s something that’s evolving.