Jacob Soboroff is the founding correspondent of AMC News on AMC, hosting specials and reporting from film festivals and other industry events for the award-winning network. Jacob also hosts SoCal Wanderer for KCET, an online video series about outdoor life in Southern California. In 2010, Jacob co-hosted the NBC series School Pride and executive produced and narrated the AMC original documentary Committed, directed by Oscar and Emmy nominee Morgan Spurlock. He has contributed reporting to CNN, NPR Weekend Edition, and the PBS/Wired Magazine series Wired Science.

Jacob has conducted on-camera interviews with a diverse group of "influentials," from Barack Obama, John McCain, and Arnold Schwarzenegger, to Brad Pitt, George Lucas, and Woody Allen. He has been recognized with multiple Webby Award nominations, the Film Your Issue Award, and with a Los Angeles Press Club National Entertainment Journalist Award for best news story.

Jacob also serves as executive director of Why Tuesday?, a non-partisan group working to increase voter participation, and is a member of the associates board of City Year Los Angeles. During college, Jacob was an advance man to New York City Mayor Michael Bloomberg and presidential candidate Howard Dean. A Los Angeles native, Jacob holds a B.A. in Politics and an M.A. in Political Theory and Philosophy from New York University. His website is jacobsoboroff.com. 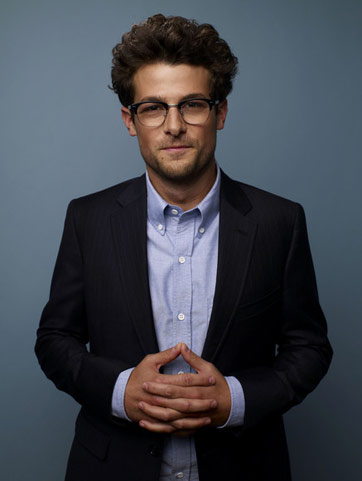