The name of the game may be the same, but there are some big differences between the National Football League and the Arena Football League. For example, did you know that punts aren’t allowed in an AFL game? So, football fans, before tuning in to the kick off of AMC’s new docu-series 4th and Loud, which follows the AFL’s LA KISS, check out the cheat sheet below to to learn more ways in which the sport varies between the two leagues. 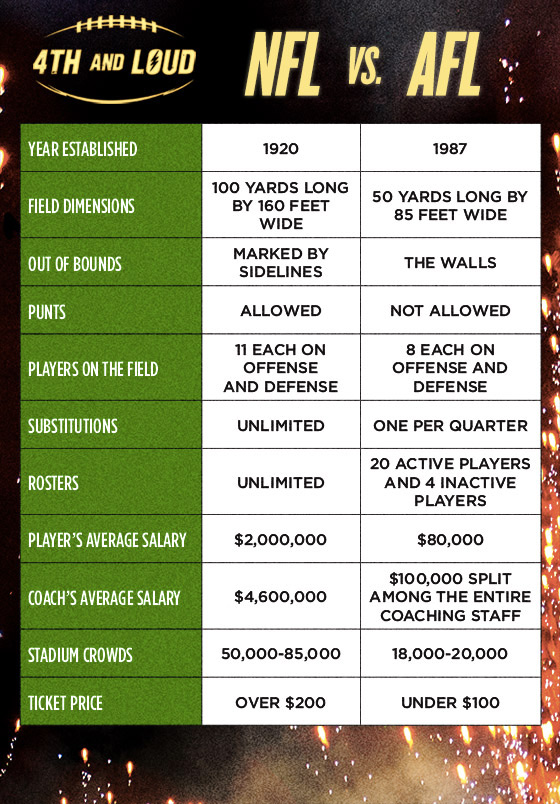