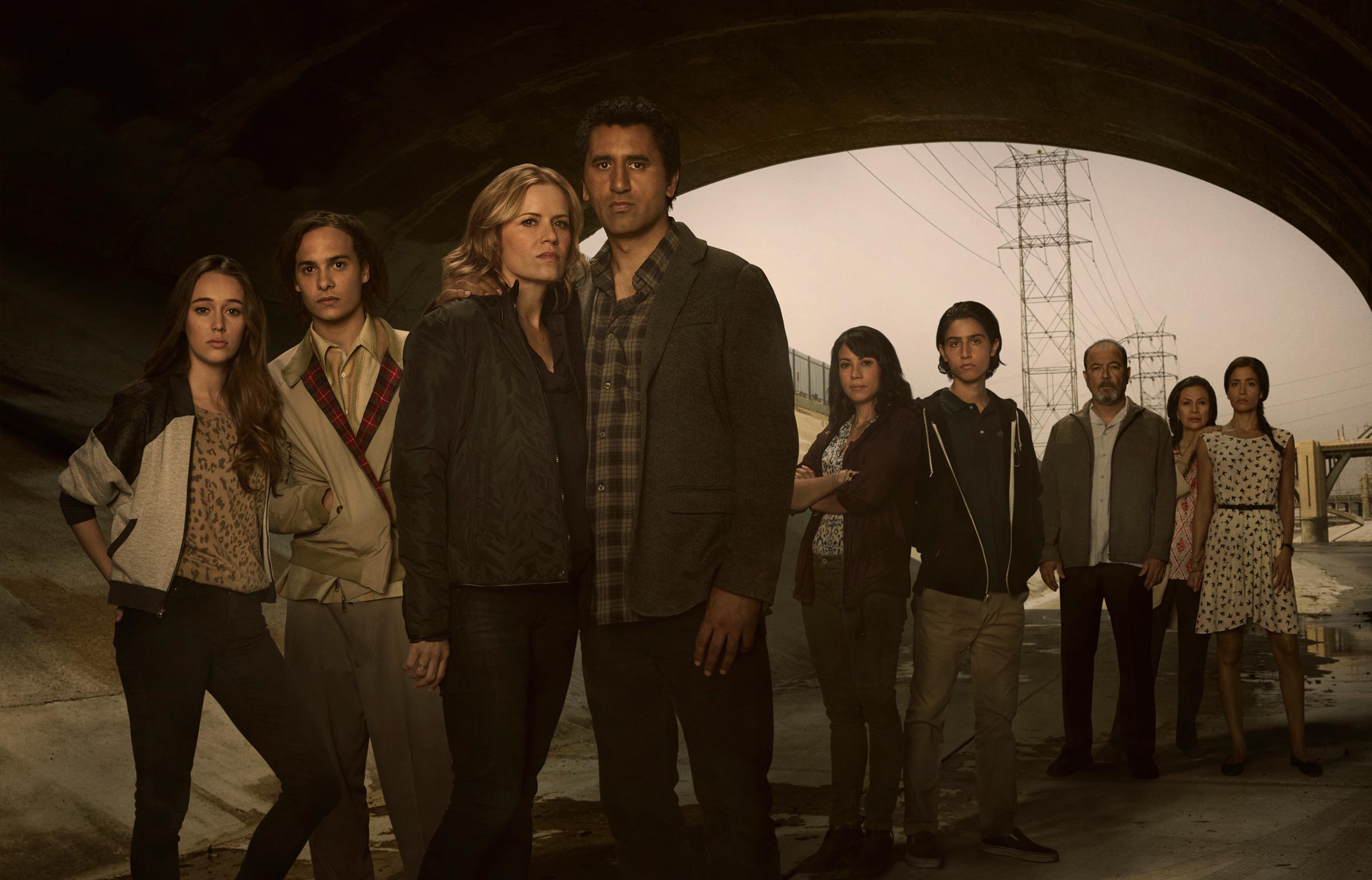 ALICIA CLARK is a model student who overachieves with frustrating ease. She wants the hell out of Los Angeles, and she has her sights set on graduating and escaping to college where she will be free of her family’s drama. For years, she’s watched her older brother sink deeper into his addiction, and she is close to giving up on him when the apocalypse hits. Her ambition is in direct proportion to her brother’s screw ups. She loves her mother, empathizes, but it’s time to do for herself - time to escape.

Australian actress Alycia Debnam-Carey was recently named one of the "actors to watch" from the Australians in Film trade magazine, as well as one of “10 TV actors to watch” by Variety, and was runner-up in the 2012 Heath Ledger Scholarship, which celebrates Australia’s new young talent.

Debnam-Carey starred in the AMC pilot Galyntine and has held a recurring role on The CW’s The 100. She can also be seen in the New Line/Warner Bros. disaster film Into the Storm, and she played the lead in the independent film Where the Devil Hides for director Christian Christiansen and producer Mickey Lidell. She also is the lead of the upcoming WB Germany feature film Unfriend.

NICK CLARK is a 19-year old drug addict. His mother, Madison, has sent him to rehab several times, but now Nick has reached a point where no one can tell him what to do or force him into recovery - he has to do that all by himself. When we first meet Nick, we meet a young man at a crossroads. Nick wants to prove he can rebuild his life - and the apocalypse may provide him an ironic opportunity to do so.

Trained at the Royal Academy of Dramatic Art (R.A.D.A.) in London, Frank Dillane has appeared in several theater productions, including Candide (Theatre Royal Bath); Peter Pan or the Boy Who Would Not Grow Up; The Merchant of Venice; The Provok’d Wife; A Respectable Wedding; The Seagull; and The Winter’s Tale (all for R.A.D.A.).

MADISON CLARK is a popular guidance counselor at a high school in El Sereno who, prior to the zombie apocalypse, helped students prepare for their future. A widowed mother, she raised two children single-handedly, but has recently found love with a high school English teacher. The pressure of survival brings clarity for Madison and she is quick to make the hard choices that will keep her family alive. The outbreak reveals a past to Madison that she had tried to bury. Now, in this new world, she can’t hide who she really is.

Kim Dickens has proven herself to be a versatile actress, portraying a vast array of complex and powerful characters throughout her career in television and film. She recently completed production on Tim Burton’s Miss Peregrine’s Home for Peculiar Children, an adaptation of the classic Ransom Riggs novel from 20th Century Fox and starring Eva Green, Asa Butterfield, Ella Purnell, Allison Janney and Samuel L. Jackson. The film is set for release on March 4, 2016.

In 2014, Dickens was seen co-starring as Detective Rhonda Boney in David Fincher’s critically acclaimed psychological thriller Gone Girl opposite Ben Affleck and Rosamund Pike. Dickens’ additional film credits include appearances in John Lee Hancock’s Oscar®-nominated The Blind Side; Golden Globe® Award-nominated satirical comedy Thank You for Smoking; and Allison Anders’ The Things Behind the Sun, a role that earned her a 2002 Independent Spirit Award nomination.

Dickens was born in Huntsville, Alabama, and attended Vanderbilt University in Nashville, where she majored in communication. After graduation, she moved to New York City to continue her studies at the Lee Strasberg Theatre and Film Institute. She later graduated from the American Academy of Dramatic Art’s two-year performing arts conservatory in New York City.

TRAVIS MANAWA is a father, high school English teacher and boyfriend to Madison Clark. He’s a good man - everyone’s All-American. As the group’s patriarch, he is protective, pragmatic and resolute in his conviction that anything can be fixed. He maintains a relationship with his ex-wife and resentful son while trying to become a father to Madison’s children. Travis wrestles with the challenge of blending a family - a challenge that is exacerbated by a new, unforeseen chaos.

Cliff Curtis most recently starred in FOX’s drama Gang Related and ABC’s Missing opposite Ashley Judd, and also stars in the soon-to-be-released feature film Risen, playing Jesus Christ, opposite Joseph Fiennes. Curtis continues to garner festival accolades for his performance in The Dark Horse, based on a true story in which he plays champion chess player Genesis, who suffers from bipolar disorder.

Born in Rotorua, New Zealand, Curtis is of New Zealand Maori descent (with Ngati Hauiti and Te Arawa tribal affiliations). He enrolled at the New Zealand Drama School, and then the Teatro Dmitri Scoula in Switzerland. He landed his first film role in The Piano (1993). Subsequent roles in New Zealand include the camp melodrama Desperate Remedies (1993), the grueling urban drama Once Were Warriors (1994), and the lighthearted comedy Jubilee (2000).

LIZA ORTIZ is a single mother working to put herself through nursing school - she has no time for BS. For many years she was trapped in an unhappy marriage, but now that she’s on her own she’s finally chasing her dream. Liza is a multi-tasking whirlwind that doesn’t give herself any breaks when it comes to her future or raising her son.

An award-winning actress who crosses seamlessly from studio movies to independent films, from the stage to television, Elizabeth Rodriguez currently recurs as Aleida Diaz on the SAG Award-winning Netflix series Orange Is the New Black. Additional roles include Paz Valdez on the Starz series Power and Special Agent Chavez on NBC’s Grimm.

Rodriguez received a 2011 Tony Award® nomination and won the Outer Critics Circle Award, as well as a Theatre World Award, for her role as “Veronica” on Broadway in Stephen Adly Guirgis’s The Motherfu*ker With The Hat. Additional theater includes three world premieres at NYC’s acclaimed Public Theater in The Last Days of Judas Iscariot (directed by Philip Seymour Hoffman), Unconditional and A View from 151st Street. Other notable plays include Beauty of the Father (MTC), Roger and Vanessa (Actors’ Gang), Den of Thieves (Black Dahlia), Unorganized Crime (Elephant Theater - Ovation Award Nomination), Robbers (American Place Theater) and The Power of Duff (Geffen Playhouse).

CHRISTOPHER MANAWA is a rebellious teenager with a cause. He has both his father’s do-good attitude and his mother’s edge. The product of divorced parents, Christopher often feels that he and his mother are his father’s forgotten family. He resents his father’s insistence on bringing the two families closer because he wants nothing more than to break away from the Clarks and be his father’s sole priority.

Lorenzo James Henrie has had an impressive body of work alongside some of Hollywood’s most prestigious producers, directors and actors. Most recently, Henrie appeared in Sony Pictures’ Paul Blart: Mall Cops 2 starring Kevin James. He also recently completed production on the feature film Warrior Road, in which he plays the lead role. His other feature film work includes an appearance in J.J. Abrams’ Star Trek and the lead roles in both Riding ’79 and Almost Kings.

Henrie started acting at age 8 and had his feature film debut in Arizona Summer. His television work includes a recurring role on the WB’s 7th Heaven and guest star roles on CSI: Miami, NCIS, Cold Case, Malcolm in the Middle, Wanted, LAX and Ghost Whisperer.

DANIEL SALAZAR is a refugee from El Salvador who will protect his family at any cost. He owns a barbershop and takes great pride in his business but mostly keeps to himself within the community. Some of Daniel’s regulars have been going to Salazar’s Cuts for years, but they barely know the man who cuts their hair. When people begin rising from the dead, Salazar reverts to the man he once was, a man who will do anything to ensure the survival of his family.

Ruben Blades is an unbelievably distinguished artist whose work spans many media and arenas. He can be seen starring in Hands of Stone opposite Robert De Niro, Edgar Ramirez and John Turturro. He recently appeared in Ridley Scott’s The Counselor opposite Michael Fassbender.

In film, Blades has played memorable roles at the helm of such acclaimed directors and talent as Robert Redford in The Milagro Beanfield War, Robert Rodriguez in Once Upon a Time in Mexico, Spike Lee in Mo’ Better Blues, Alan Pakula in The Devil’s Own and Jack Nicholson in The Two Jakes. He can also be seen in Universal Pictures’ feature film Safe House opposite Denzel Washington and Ryan Reynolds. He was nominated for three Emmys for his work in the television movies The Josephine Baker Story (1991) and Crazy from the Heart (1992) and The Maldonado Miracle (2003) directed by Salma Hayek.

In addition to his film work, Blades is a composer and vocalist, and is one of the most successful Panamanian artists in the Afro-Cuban and Latin jazz genres. He has won 12 GRAMMY® Awards, including one in the World Music category. He holds degrees in law and political science from the University of Panama and Harvard Law School. He ran for President of the Republic of Panama in 1994, coming in third place with 18% of the vote. Blades epitomizes a true Renaissance man.

GRISELDA SALAZAR is a devoted wife and mother who came to the U.S. with her husband to escape the political turmoil of El Salvador. She waited to start a family with her husband until she got to the States so that she could give her daughter a better life than the one she had. Griselda is deeply religious and finds solace from her past with prayer, but prayer won’t protect her in this new world.

Patricia Spíndola studied to become an actress in several ateliers in Mexico and London. She made her début in the movies in 1972, with El Señor de Osanto, and two years later she started working in the Teatro Fru Fru. As an actress, she has worked with directors like Nancy Cádenas and Arturo Ripstein. She has also worked in Mexican telenovelas.

Spíndola won the Ariel Prize for her roles in Los motivos de Luz and La reina de la noche. She has an acting school she runs with her sister, Marta Reyes Spíndola, in the Colonia Juárez neighborhood of Mexico City called M & M Studio, where she also teaches. Spíndola is a member of the board of the Mexican Academy of Motion Picture Arts and Sciences and was elected in June 2007 as an officer of the “Asociacion Nacional de Interpretes” (A.N.D.I.), the Mexican union for broadcast artists (similar to AFTRA in the U.S.).

OFELIA SALAZAR is a hardworking professional with immigrant parents. She is protective of her parents, believing they do not understand many of the harsher realities of living in the U.S. She is quick-witted, devoted and always ready to stand up for what she believes in. When faced with the apocalypse, Ofelia clashes with her father’s opinions on the best course of action -- identities are about to shift.

Mercedes Mason’s recent television credits include a major arc in the final season of Showtime’s Californication and a starring role in the AMC pilot White City. She also starred in ABC’s 666 Park Ave. with Emmy® Award winner Terry O’Quinn and Emmy-nominated Vanessa Williams. Mason also appeared in critically acclaimed shows such as Entourage, The Closer and Traffic Light, as well as recurring in the fan favorite Chuck. She was also the female lead in FOX’s Bones spin-off The Finder opposite Oscar®-nominated Michael Clarke Duncan. 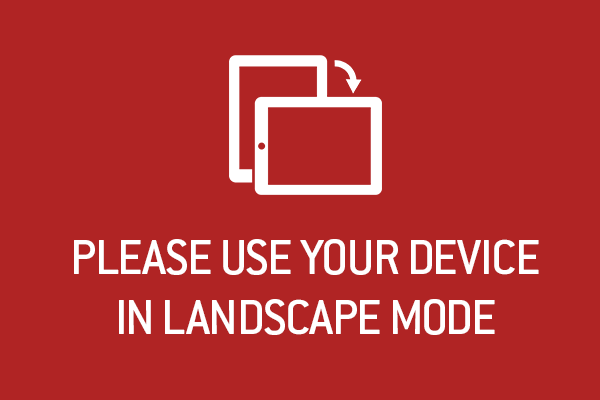